Follow by the October auction season in London and Hong Kong, New York is about to enter it's highly anticipated auction season as well. Sotheby’s, Christie’s, and Bonhams has presented a various group of modern and contemporary artworks, including classic works such as Marks Rothko, Vincent Van Gogh, Andy Warhol, Jasper Jones, etc. All works will be released this season. Now, please follow ArtPro to view the selected works of the upcoming auctions in New York.

Contemporary Art Evening Auction of Sotheby’s New York will open in local time October 29th. In this auction, there will be many artists such as Marks Rothko, Brice Marden and Clyfford Still with total 46 masterpieces.

Highlighted Lot No.1: Untitled (Black on Maroon) of Mark Rothko 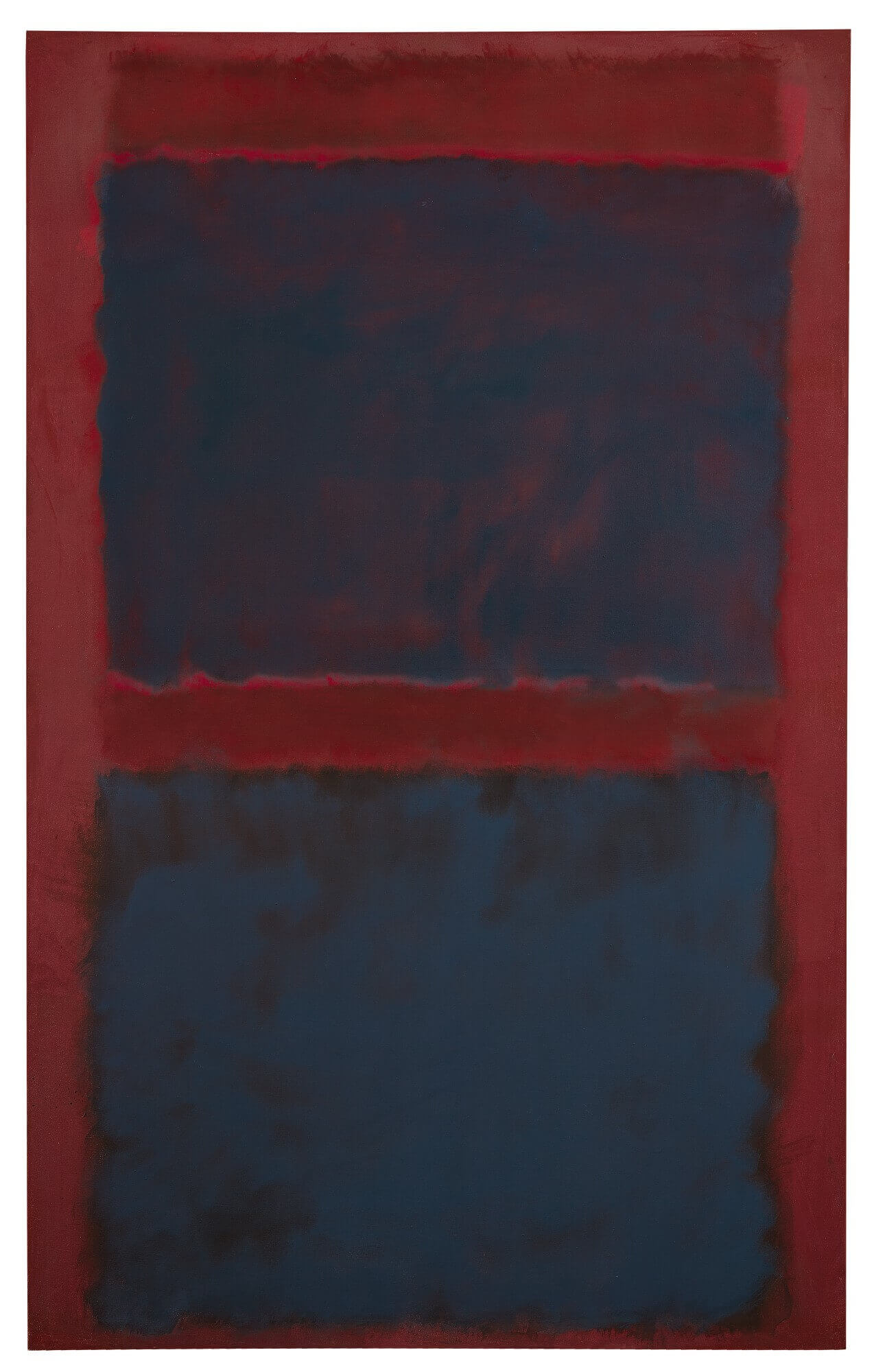 Illuminated by an enigmatic and mesmeric inner radiance, Untitled (Black on Maroon) was painted in 1958 and profoundly demonstrates the extraordinary alchemical genius that characterizes Mark Rothko’s inimitable oeuvre. The shimmering canvas of Untitled (Black on Maroon) embodies the artist’s remarkable ability to evoke the sublime and inspire powerful, universal emotions through pure, elegant abstraction. Untitled (Black on Maroon) appears to glow from within, its innumerable hues masterfully layered one upon another in carefully constructed blocks to create a surface that softly burns like the embers of a nascent flame. Form and color, the two fundamental elements of Rothko’s signature philosophical approach to painting, are here perfectly united to transform the canvas and enveloping the viewer in the grand scale of its meditative aura. 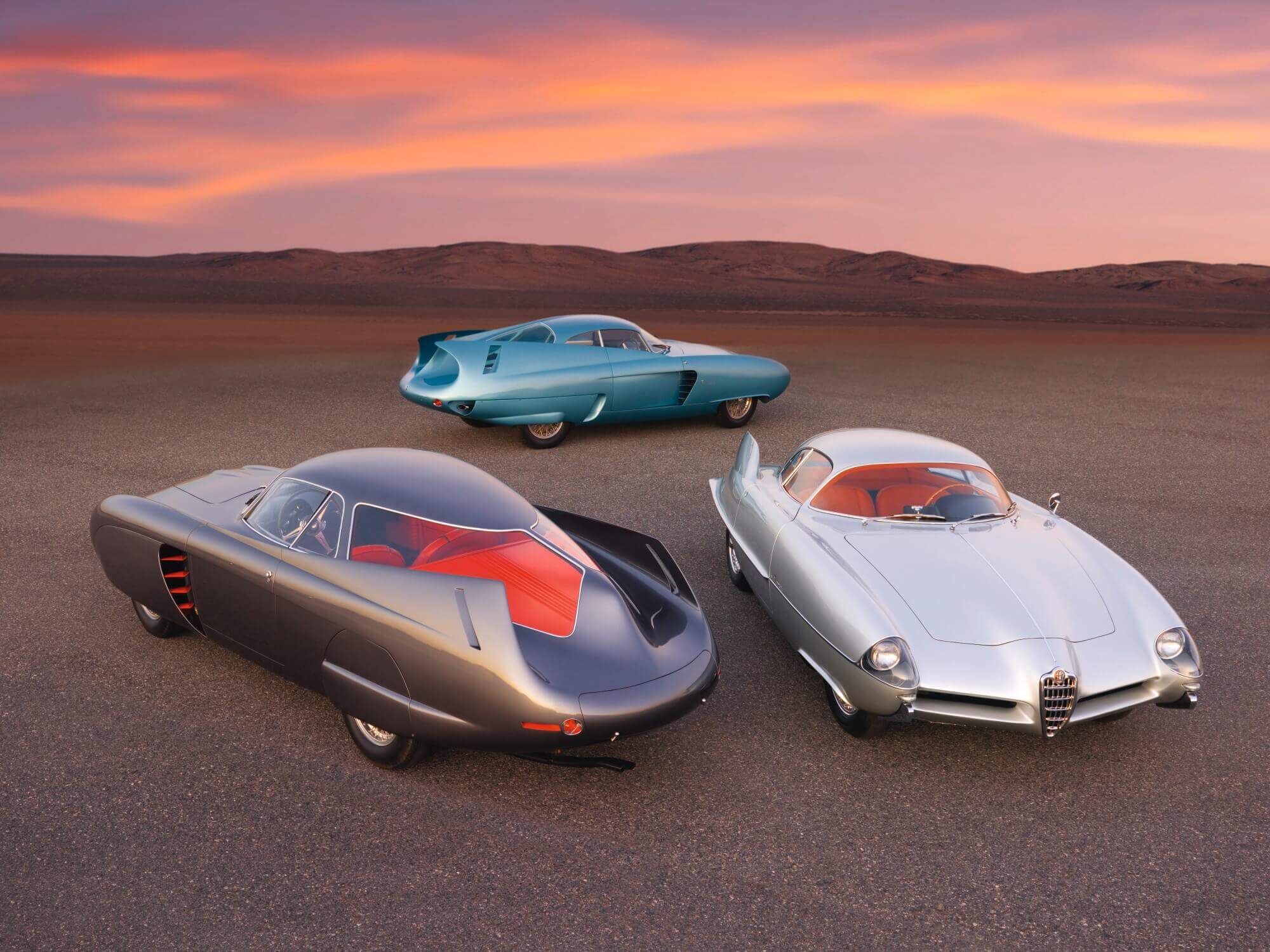 The only true automotive triptych ever produced. These masterworks, penned by Franco Scaglione and executed by Turin, Italy’s Carrozzeria Bertone, pioneered automotive aerodynamics while reasserting the primacy of Italian industrial design in the wake of World War II. Uniquely in the automotive world, the B.A.T.s are best understood as variations on a singular theme, a complete work in three parts. Like a Francis Bacon triptych, examining one car in the context of the other two reveals new aspects of their forms, as well as the captivating details worked into the hand-shaped bodywork of each. 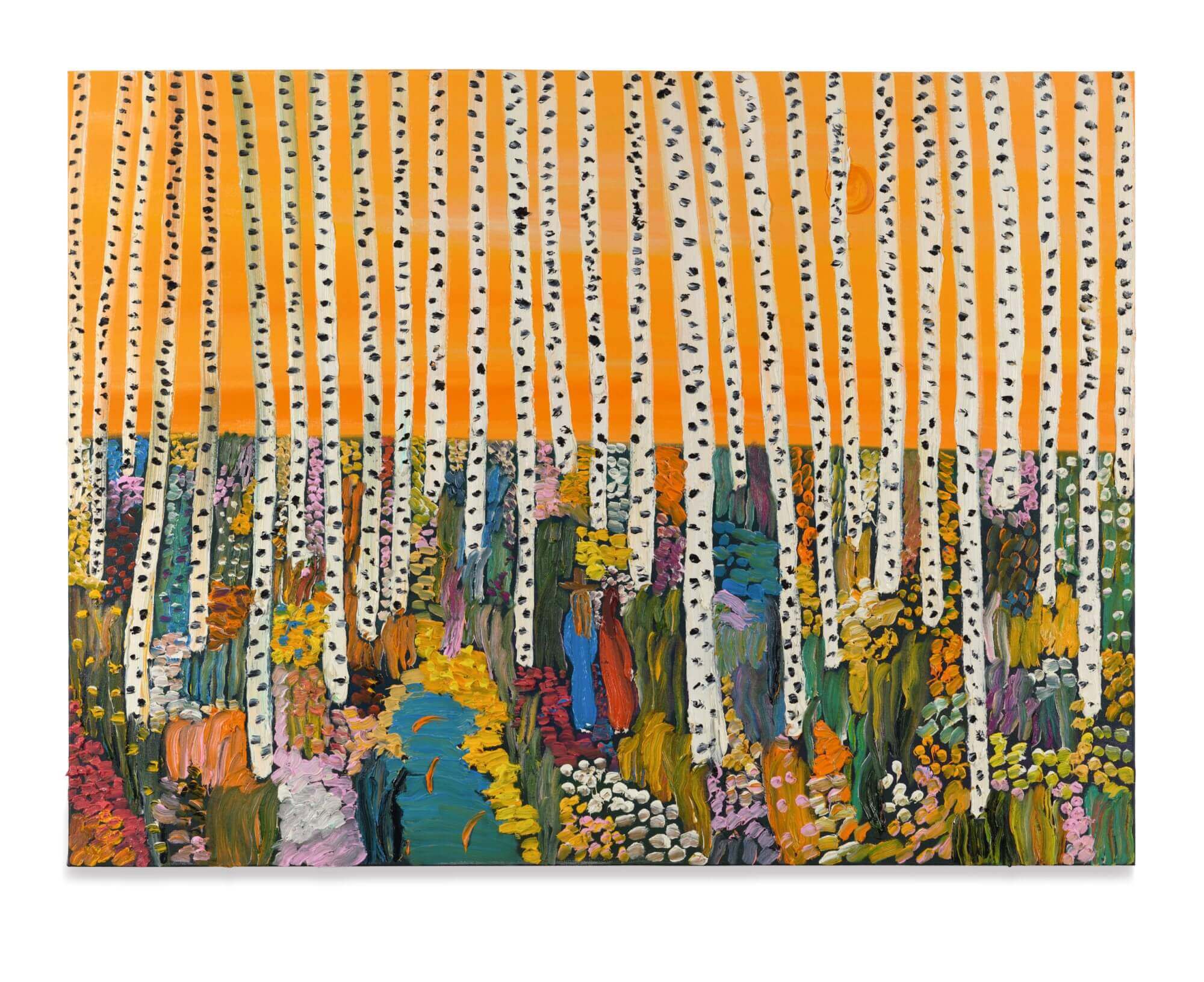 This Chinese-Canadian artist (1984-2019) had very strong performance recently, breaking his personal auction record twice in this year and attracted much attention from the market. The presented work is considered a new Nabi style (post-impressionism). Like his forebears, he synthesizes stylized representations, bright colors, and mystical themes to create rich, evocative scenes. His works, despite their ebullient palette, are frequently tinged with a melancholic yearning.

Impressionist and Modern Art Evening Sale of Sotheby’s New York will be launched in local time October 28. It will include artists from Alberto Giacometti, Vincent Van Gogh, Rene Magritte, etc. With total 39 masterpieces. 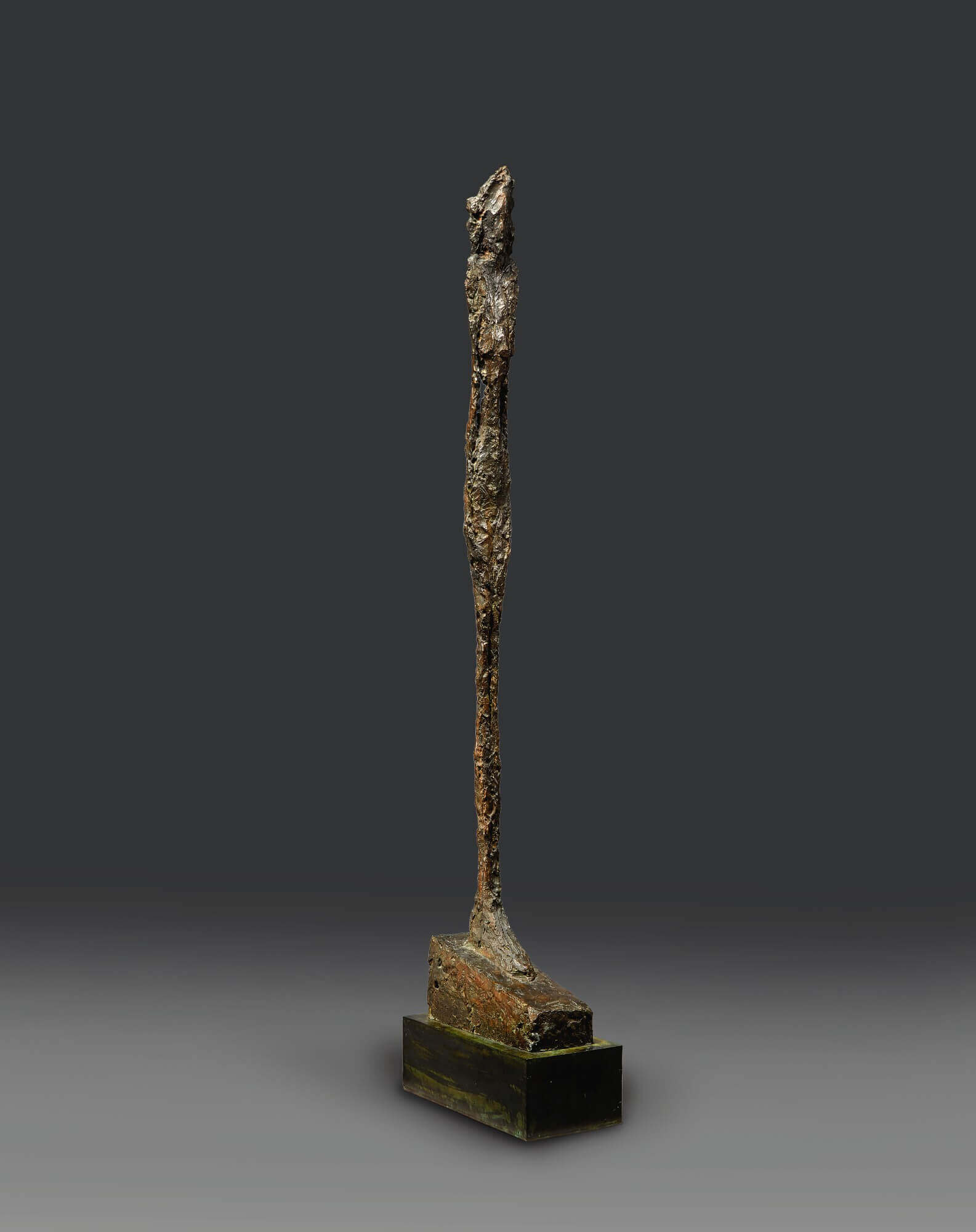 Alberto Giacometti is recognized as the most important sculptor of the twentieth century. More than any other artist his craggy, emaciated figures, lithe with energy yet eternal in their stasis have come to symbolize the human condition. From his earliest days working alongside his father in Italian-speaking Switzerland to his engagement with the Surrealists in Paris in the 1920s and 1930s to his self-imposed exile in Geneva for much of World War II, Giacometti was a man possessed by an urge to create and a man never entirely satisfied with his creations. His return to Paris shortly after the end of the war would not put an end to these aspects of his work but did herald the beginning of a new style—one that would fundamentally change the history of art. Femme Leoni, of 1947 is a masterpiece of Giacometti’s post-war artistic production and one of the first tall, static female sculptures. 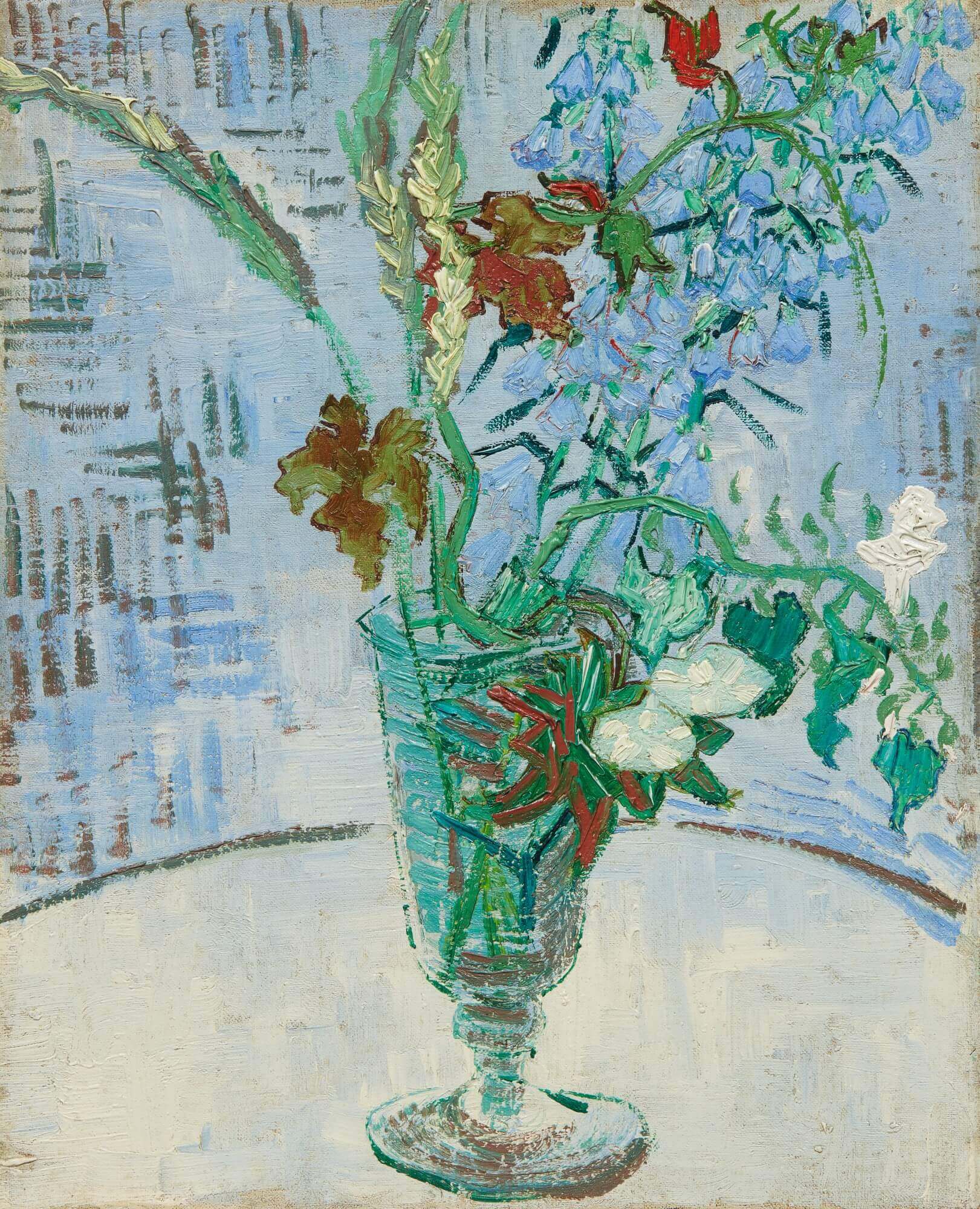 Fleurs dans un verre belongs to a very small group of floral still lifes that Vincent van Gogh completed in his seventy day residency in Auvers-sur-Oise, where he would bring his life to an end in the height of the summer of 1890. The present canvas is now agreed to have been part of the artist’s final, dramatic artistic production in this hamlet north of Paris. In his seventy days in Auvers, Van Gogh would paint seventy or so canvases. Many of these canvases represent the village of Auvers itself and its immediate surroundings. There are also major portraits and, rarer still, still lifes such as Fleurs dans un verre. 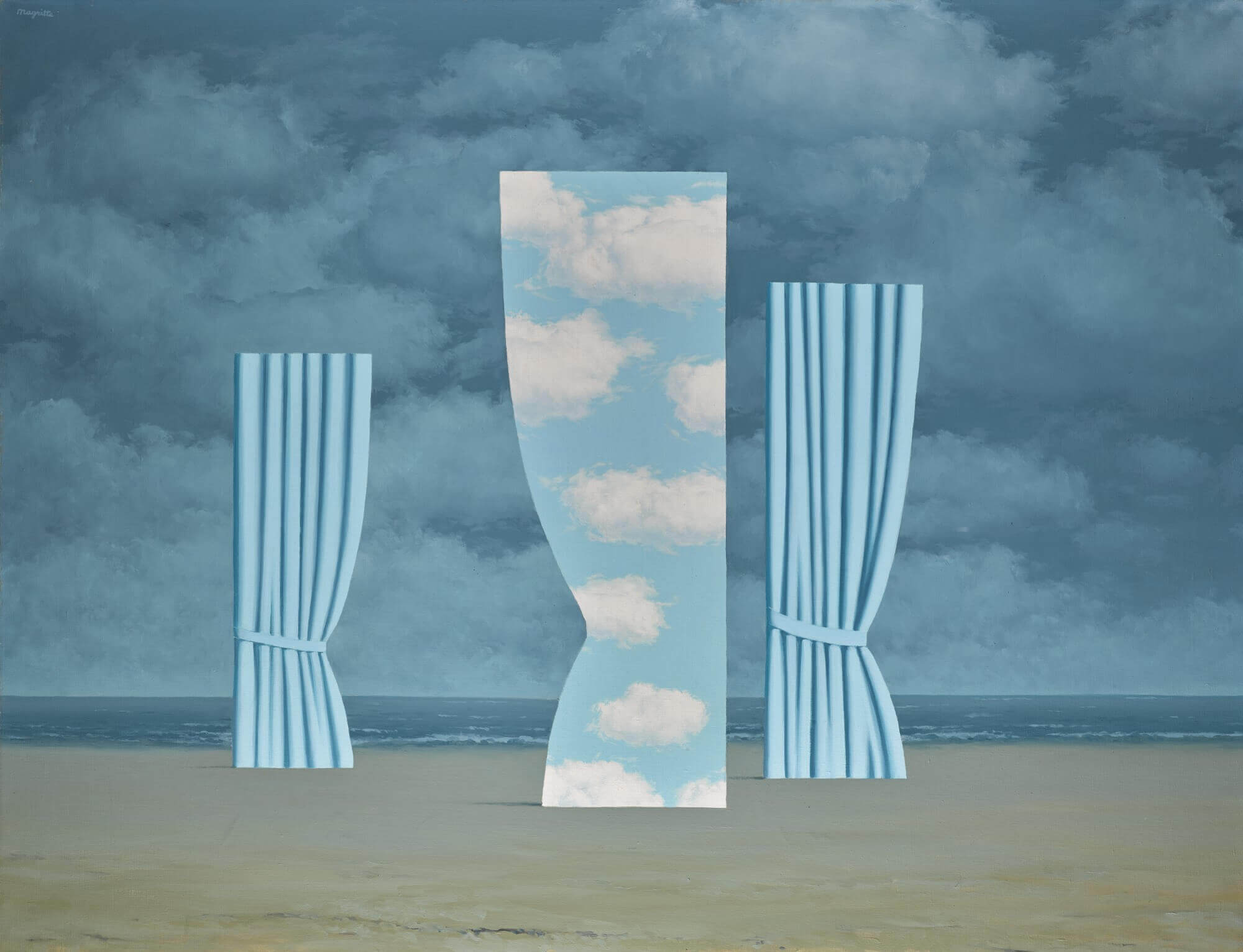 Conceived on a large scale, L’Ovation is immediately compelling. The wide horizon of the empty seascapes provides a stage-like setting, a suggestion that is emphasized by the curtains that appear like stage flats in the center of the picture. Through the use of curtains Magritte presents a juxtaposition of opposites—the paradox of concealing and revealing, and the contrast between the natural and the man-made, between interior and exterior settings. By confronting these contrasted elements, the artist evokes the essential Surrealist paradigm of questioning the significance and purpose we attribute to various objects and creating new meanings by placing these objects in new and unexpected contexts.

Dating from the pivotal year of 1913, Il Pomeriggio Di Arianna is one of only eight canvases that make up Giorgio De Chirico’s earliest painted series as well as the genesis of his metaphysical style, a revolution in the history of art which would fundamentally change the modernist identity. The central image within Il Pomeriggio Di Arianna is the statue of the draped reclining which the artist painted after an antique sculpture of Ariadne. The sculpture depicts Ariadne asleep on the island of Naxos where she had been abandoned by Theseus. The sculpture of Ariadne took on a profound symbolic meaning for the painter, perhaps in part because it typified the classical past to which he had so often been exposed during his childhood in Greece, in part because Nietzsche had repeatedly invoked Ariadne’s name. The image penetrated de Chirico’s consciousness to such an extent that he himself made a small plaster variant on the recumbent Greek-Roman figure.

The American Art sale on October 28th will include highlights across the genres of the category, from Modernist works by Milton Avery and Charles Demuth to nineteenth-century paintings by Albert Bierstadt and James Buttersworth. The auction will feature a strong selection of American Impressionism by artists including Edmund Tarbell and Guy Rose, as well as 20th Century Realism by Andrew Wyeth and sculptures by Augustus Saint-Gaudens and Elie Nadelman. 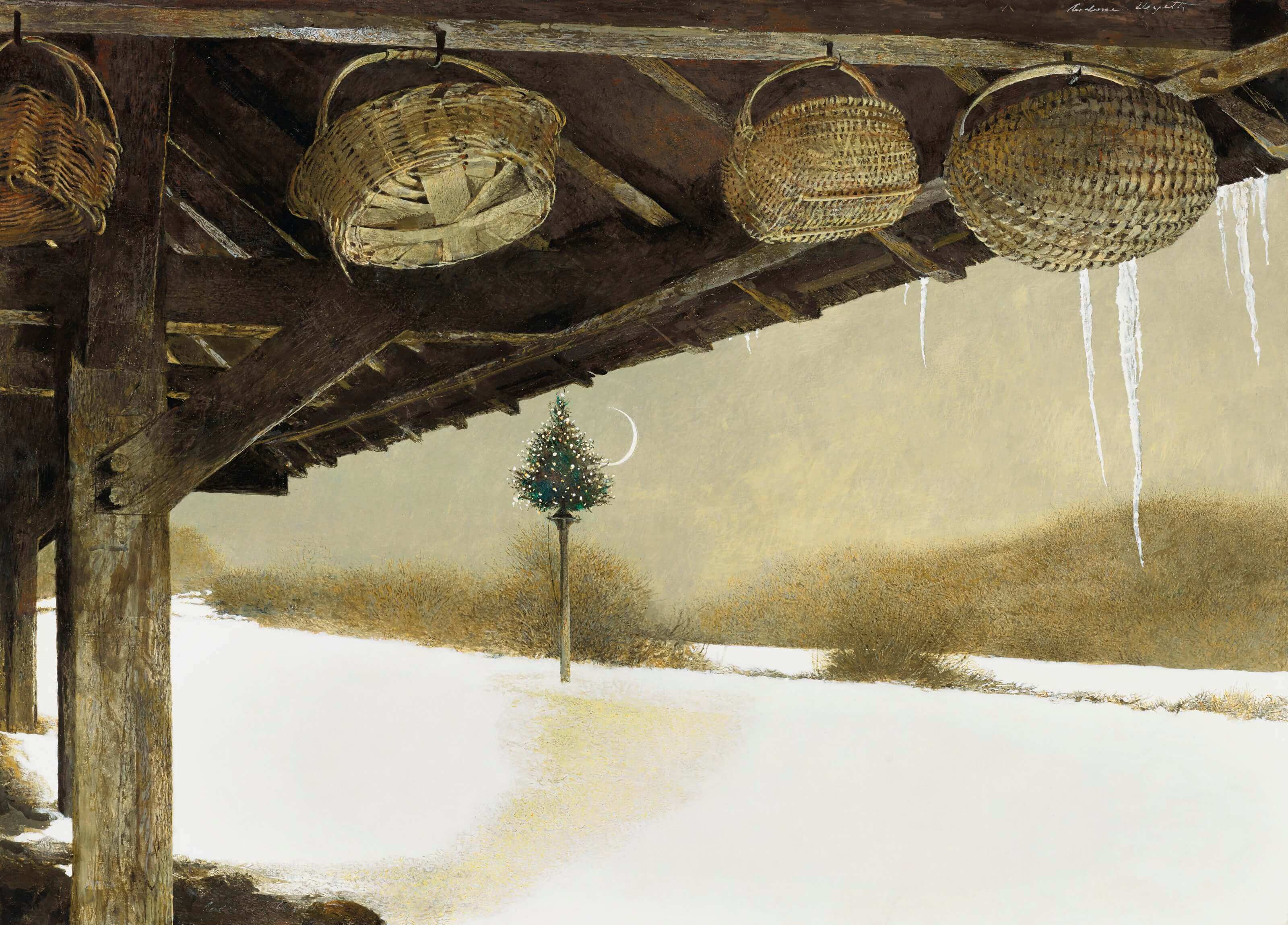 Modern & Contemporary Prints & Multiples of Bonham's New York will be held on October 30th. The highlighted lots of this exhibition include Rebel Without a Cause (James Dean) by Andy Warhol in 1985. The works are based on blue, purple and gold colors. Deborah Ripley, director of printmaking department at Bonhams New York, said: "This one-of-a-kind James Dean has been in a private collection since the early 1990s and is causing considerable excitement among collectors." There is also the newly discovery of Edgar Degas. Chevaux dans la Prairie and Frank Stella's Green Solitaire with an estimate price of US$55,000-75,000. 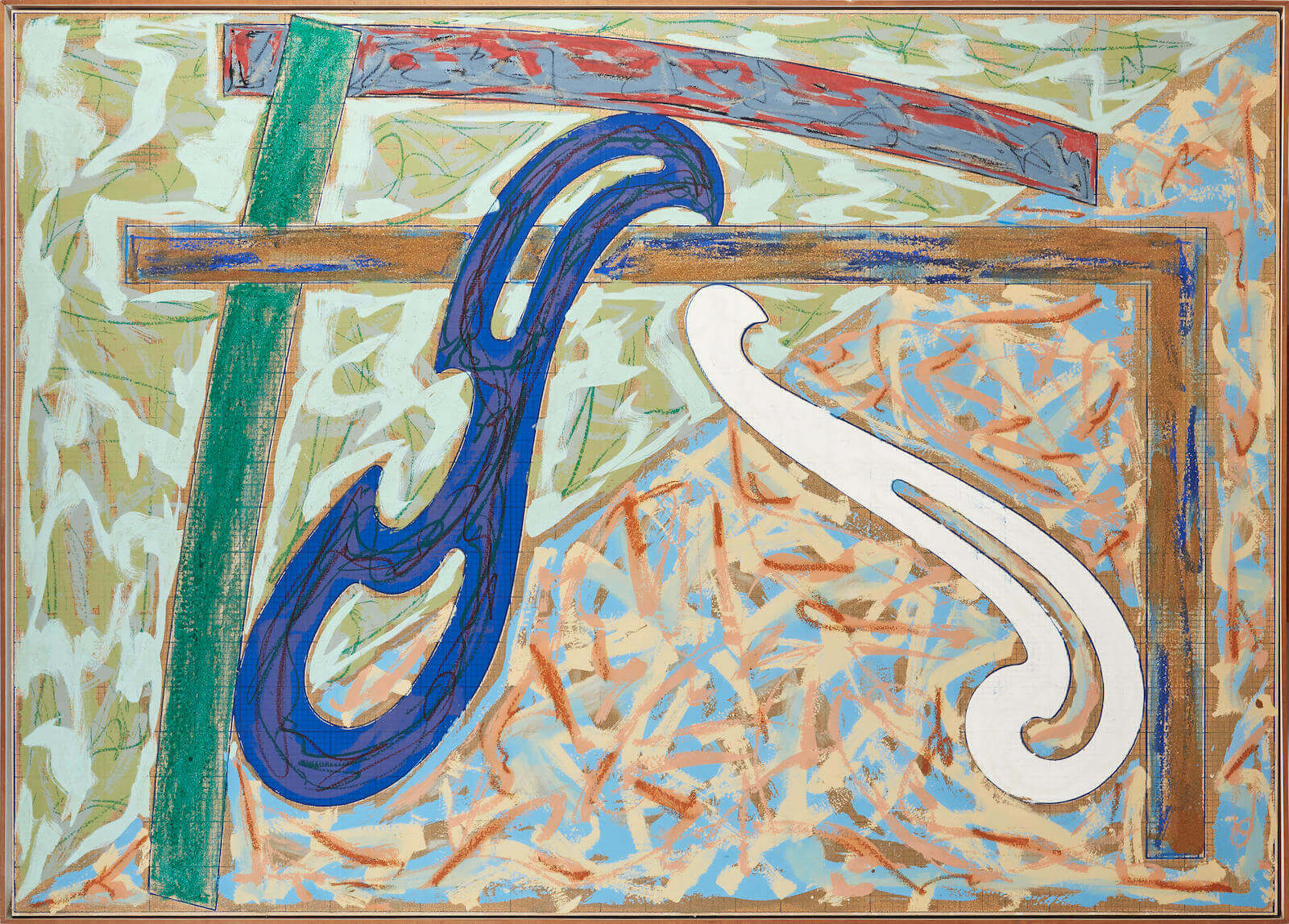 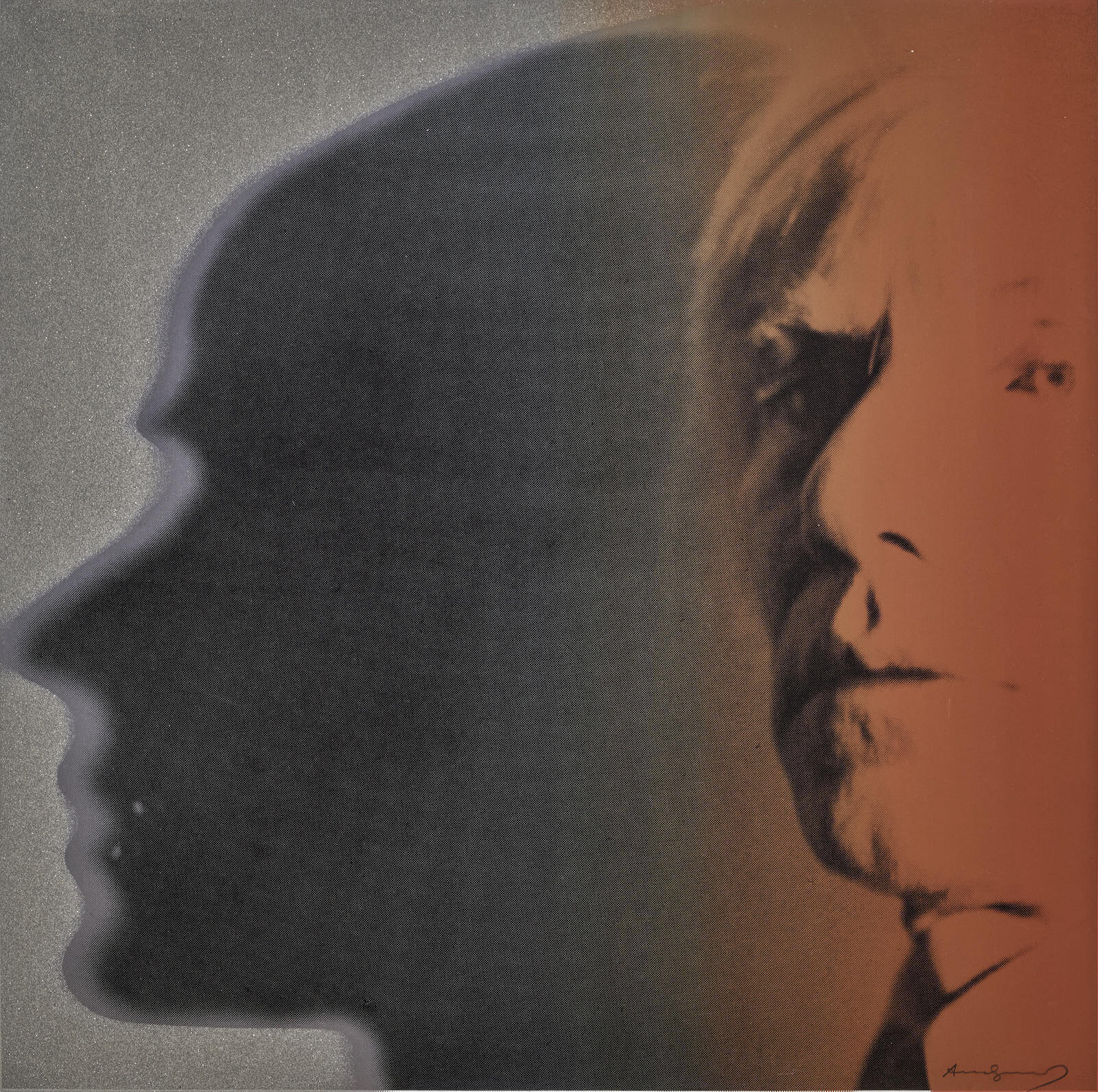 For more lot information, please enter the special section to view. ArtPro will continue to track the global information to bring you more market trends.