The historic series coincides with the opening of Christie’s new gallery at Shanghai’s Bund One and marks the first time an auction house has offered pre-1949 artworks in mainland China.

‘The relay auction marks an extraordinary start for our Shanghai gallery,’ says Evelyn Lin, co-head of 20th and 21st Century Art, Christie’s Asia Pacific. ‘We hope to continue to share the vibrant creativity as we deepen our connections with collectors in China.’

In Shanghai, auctioneer Caroline Liang took bids from clients in the saleroom, through phone banks and via Christie’s LIVE online bidding channel. In London, the Evening Sale was conducted by Jussi Pylkkänen and Veronica Scarpati, who also helmed The Art of the Surreal sale.

Across the three sales, registered bidders from 34 countries and five continents reflected the strength of global demand, with 21 per cent of buyers from the Americas, 31 per cent from Asia Pacific and 49 per cent from Europe and the Middle East. Collectors under the age of 40 accounted for 28 per cent of registrants.

Shanghai’s inaugural sale in Bund One sold 95 per cent by lot and 90 per cent by value, and represented a 50 per cent increase since Christie’s last auction in mainland China, in 2019. 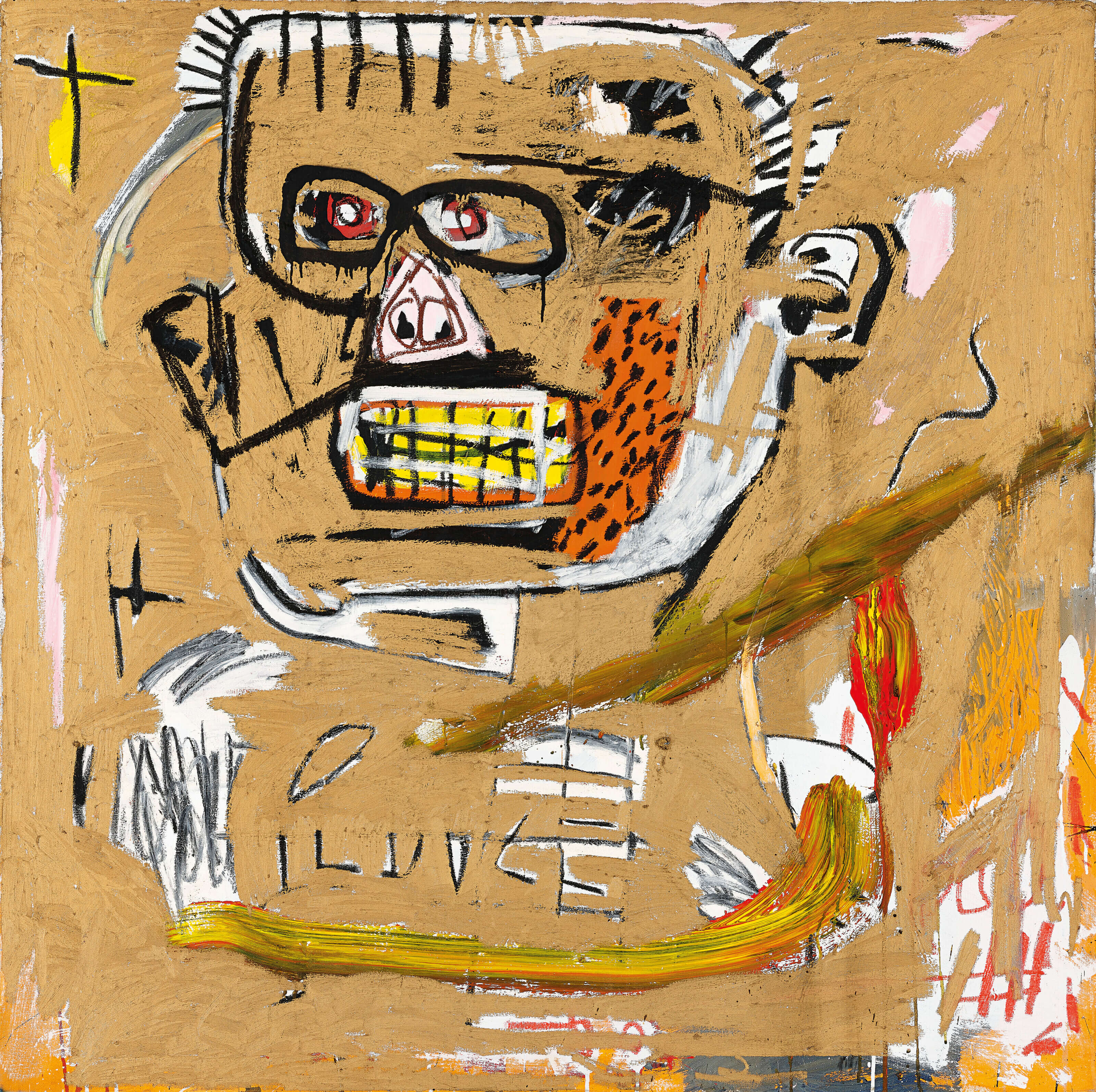 Leading the sale of 20 lots was Jean-Michel Basquiat’s Il Duce (1982), which achieved CNY 94,160,000. Painted during a pivotal year in his short but explosive career, it depicts one of the artist’s iconic ‘heads’ against a gleaming golden background.

With its frenetic painterly gestures, a network of enigmatic signs and symbols and dramatic use of colour, it exemplifies Basquiat’s revolutionary approach to portraiture. The work represents Basquiat’s auction debut in mainland China.

The second highest price was for Zao Wou-Ki’s Le soir à l’Hôtel du Palais (Palace Hotel by Night), which reached CNY 24,360,000. Inspired by the Atlantic Ocean around Biarritz in the southwest of France, it conveys Zao’s emotional connection with the sea during his travels in the summer of 2004, the year he completed the work. 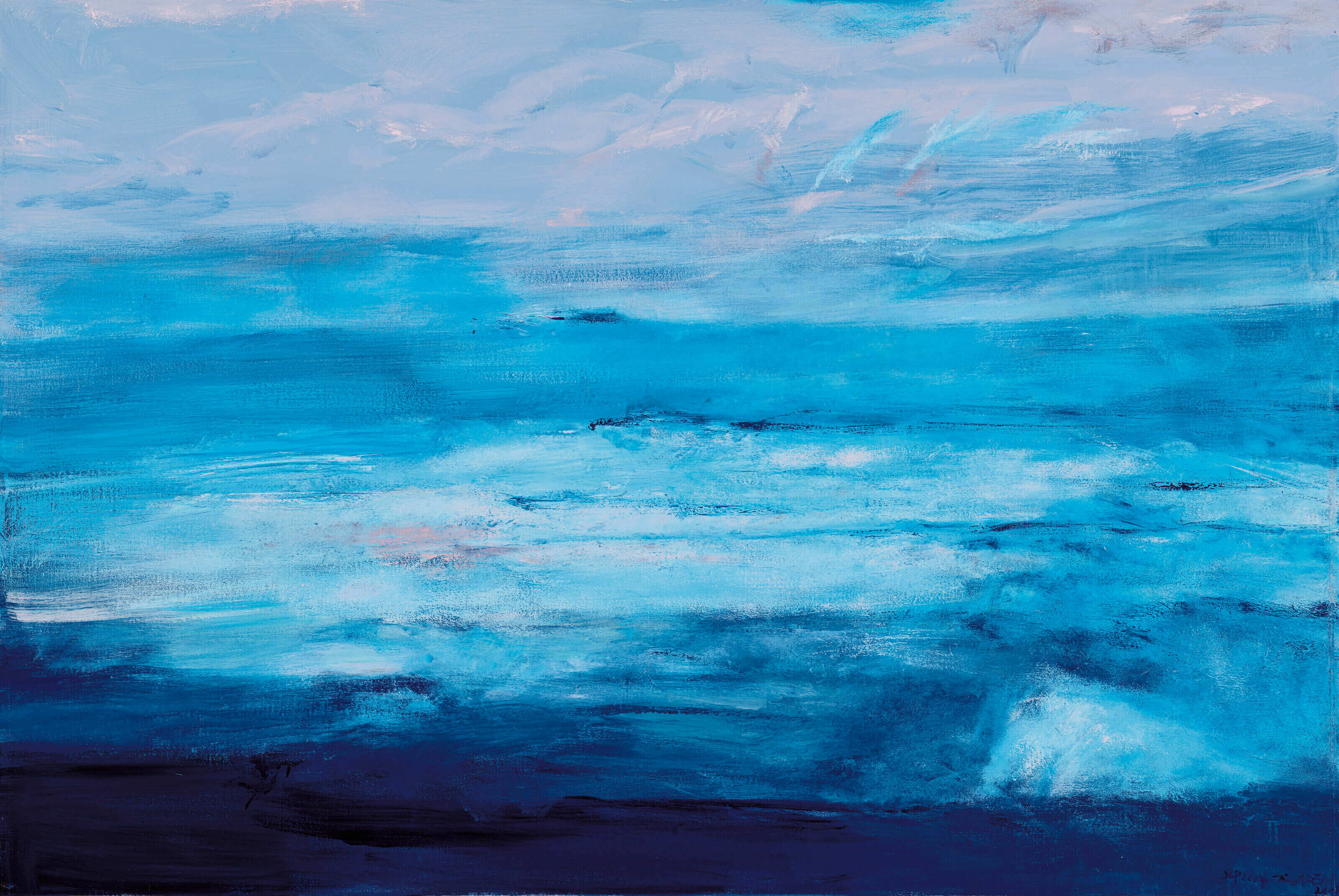 Kees van Dongen’s La femme au collier, painted in Paris in 1908, sold for CNY 23,160,000. Depicting a model wearing a hat, with heavily kohled eyes and rouged lips, it exemplifies the artist’s ability to capture the vitality and modernity of the French capital in the first decade of the 20th century.

The final lot of the sale, Colors (2020) by Edgar Plans, saw competition from London, Hong Kong and Shanghai before achieving CNY 4,410,000, more than five times the high estimate.

Following the Shanghai leg was the 20th/21st Century: London Evening Sale, which sold 86 per cent by lot and 93 per cent by value. The star of the sale was Franz Marc’s 1913 masterpiece The Foxes, which sold for £42,654,500, more than triple the previous auction record for the artist. 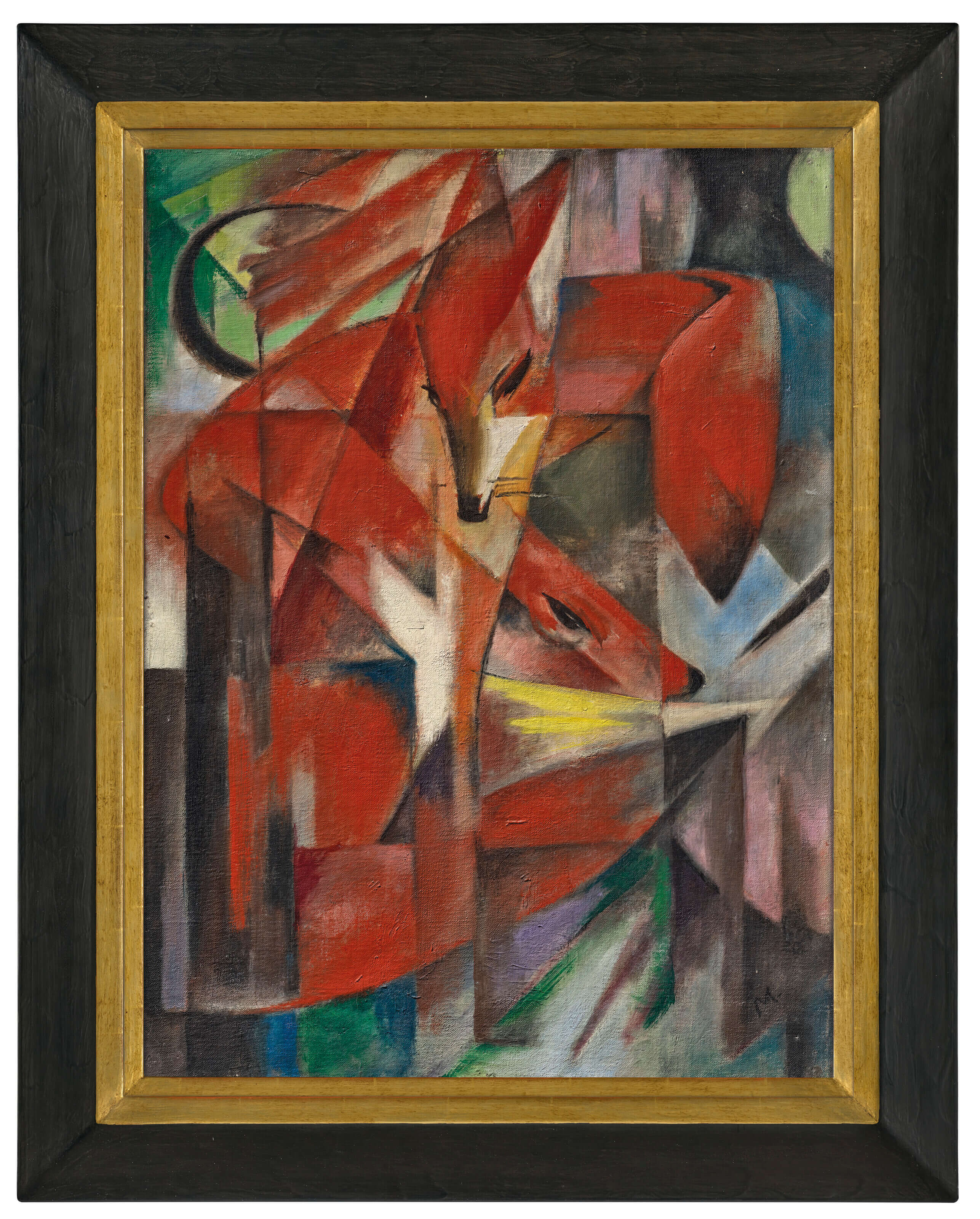 Restituted in 2021 by the city of Düsseldorf to the heirs of the Jewish banker and businessman Kurt Grawi and his wife Else, the work signifies a key moment in the artist’s career following the formation of Der Blaue Reiter in 1911.

‘The year 1913 is a key one for Marc,’ said Keith Gill, head of Impressionist and Modern Art at Christie’s in London. ‘He is experimenting with a new dynamic visual language, inspired by Orphism and Futurism, which would become his leaping-off point into abstraction.’

The second highest price was paid for Francis Bacon’s Triptych 1986-7, one of the artist’s last great paintings, which achieved £38,459,206.

Exhibited widely and offered at auction for the first time, it encapsulates Bacon’s contemplation of pain, isolation and mortality in the face of history’s ruthless advance, and coincides with the Royal Academy of Art’s exhibition Francis Bacon: Man and Beast.

Later, Pablo Picasso’s Le repas frugal, from The Berggruen Family Collection, sold to New York and a round of applause for £6,014,500, a world record for any print at auction. Peter Doig’s Some Houses on Iron Hill  saw competitive bidding across Christie’s global salesrooms before selling for £2,442,000, more than triple its high estimate.

The Art of the Surreal Evening Sale

Sold 100 per cent by lot, The Art of the Surreal Evening Sale was led by Picasso’s 1929 La fenêtre ouverte, a coded double-portrait of the artist and his muse, Marie-Thérèse Walter. 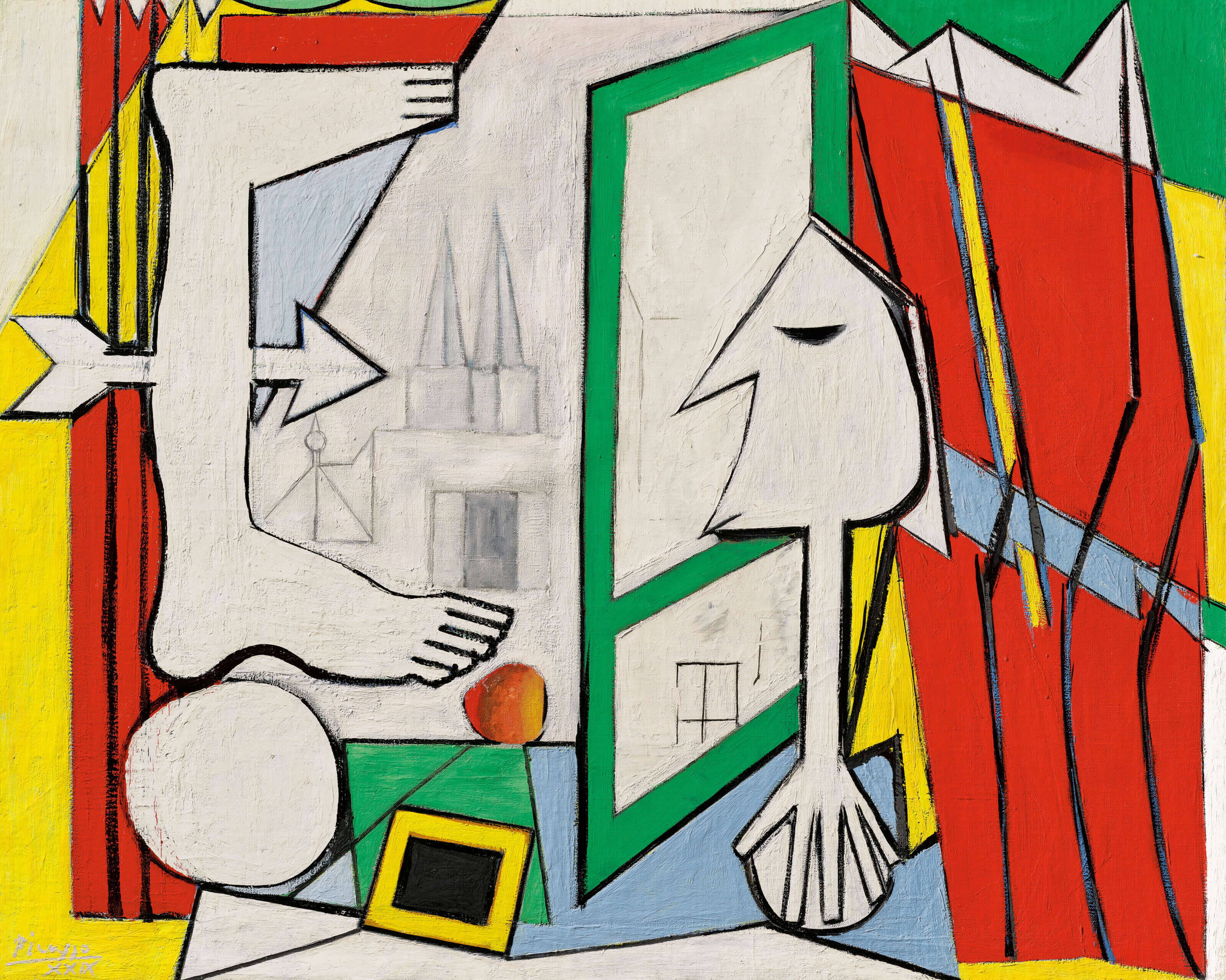 ‘The arrival of Marie-Thérèse in Picasso’s life not only invigorated every area of his work, it was also a pivotal moment that completely changed his style and focus from then on,’ said Christie’s deputy chairman Olivier Camu.

Dating from the high point of Picasso’s Surrealist period, La fenêtre ouverte  represents a brilliant fusion of the different passions and inspirations that defined the artist’s life at the end of the 1920s. Held in the same European collection for half a century and offered at auction for the first time, it sold for £16,319,500.

The second highest price was realised by René Magritte’s La lumière du pôle (1926-27), which features a pair of cracked and partially broken mannequins in a desert-like landscape of steep-sided sand dunes. Infused with an inscrutable sense of mystery, it sold for £5,993,500.

Later, Joan Miró’s 1978 work Personnage, oiseau, étoile dans un paysage  attracted bids across the global salerooms before selling for £3,042,000. There was also competitive bidding for Paul Delvaux’s Le soir tombe (1970), a large, enigmatic canvas featuring a number of the artist’s signature tropes: ethereal female nudes, deserted trains and abandoned classical temples. Consigned to auction for the first time since it was painted more than 50 years ago, it realised £1,902,000.