Hong Kong is one of the most important and representative art market of all in world-wide, it received heavy attention every years. In the October season, Hong Kong is preparing for the intensive auctions with many exquisite pieces to be expected. Since the beginning of 20th century, artists have been exploring the most unique ways to express their thoughts and spirits. Now, please follow ArtPro to look at these outstanding contemporary artworks from the autumn auctions in Hong Kong.

The France migrant artists have been the symbol of an era, their works combined essence of both East and West. This time there will be some classic works of "Three Swordsmen of France" and San Yu.

Female nudes and flowers are the classic elements of San Yu's creation. Nude was his interests and flower was his strength of character that shows the unique art style of San Yu from different perspectives. Nu is an ingenious combination of the essence of Chinese landscapes and Western nude figurative. Fleurs Dans Un Pot Bleu Et Blanc is one of the representatives of San Yu's "Black Period" with vigorous and powerful brushstrokes. 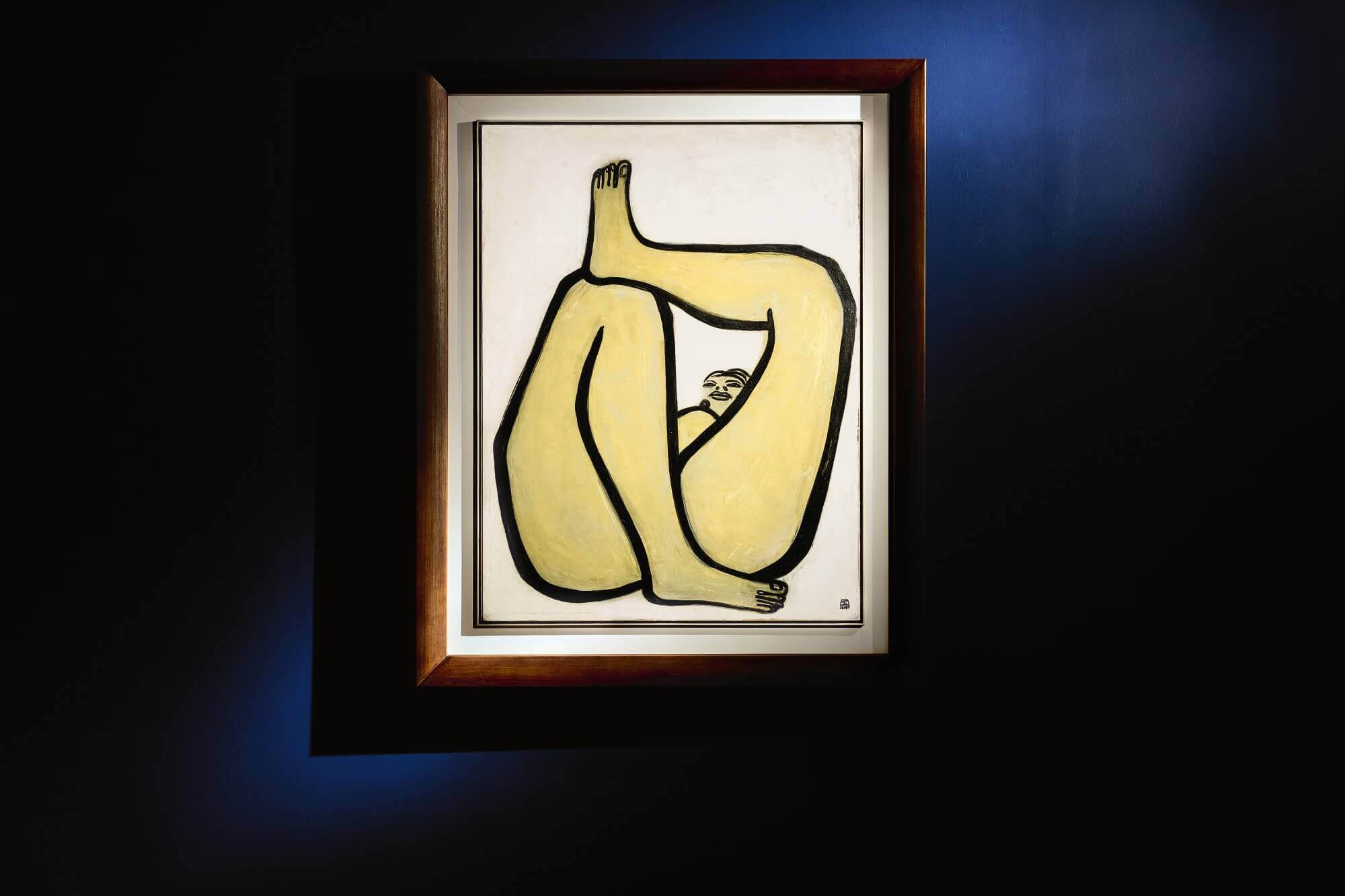 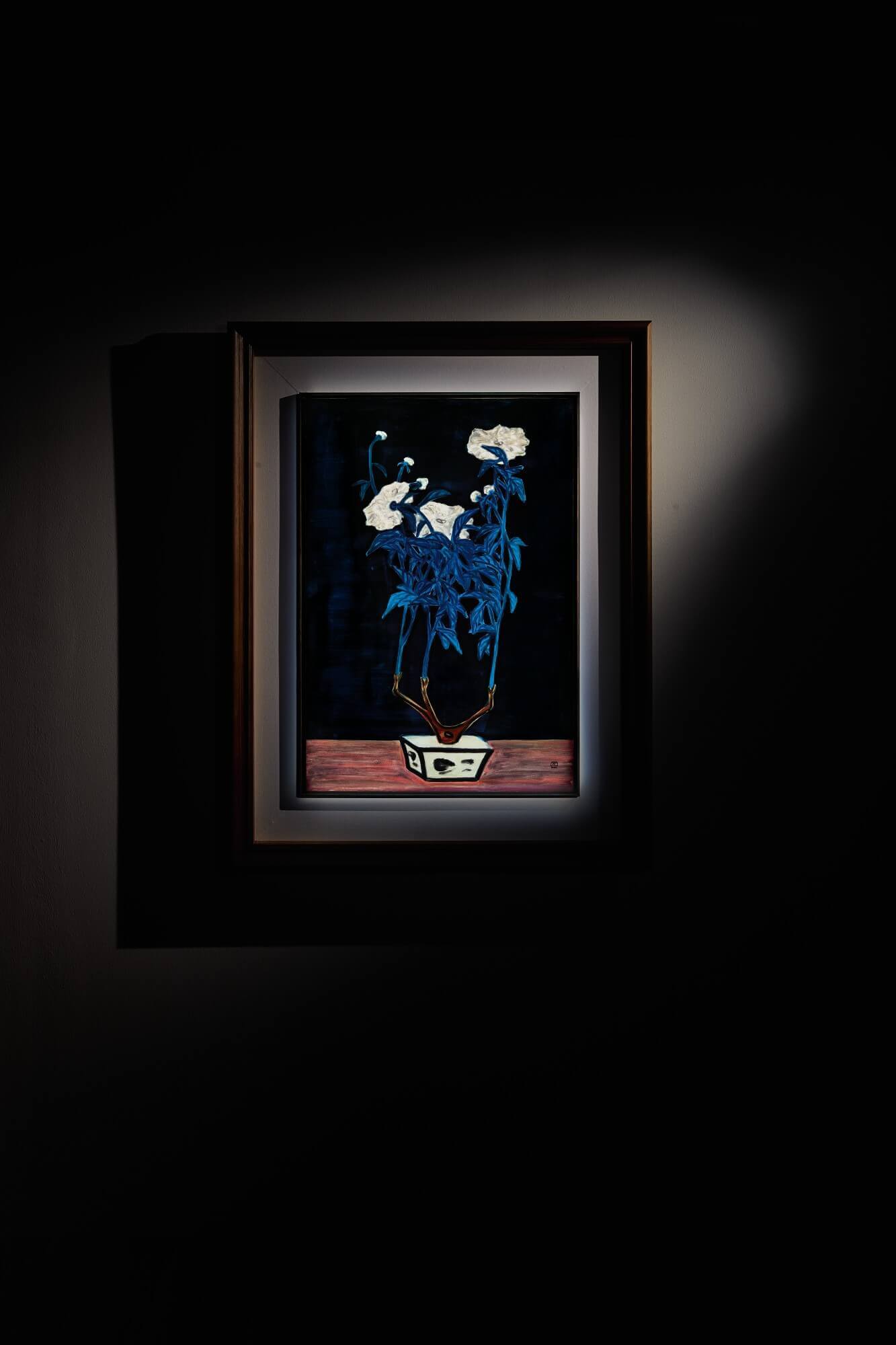 Both Scenery Of Northern China and Scenery of Guilin of Wu Guanzhong depicted Chinese landscapes. The first one is about vast and majestic views of the North, the other one is about elegant and pleased views of the South. These two very different yet both unique paintings are among the most important works of artist's career. 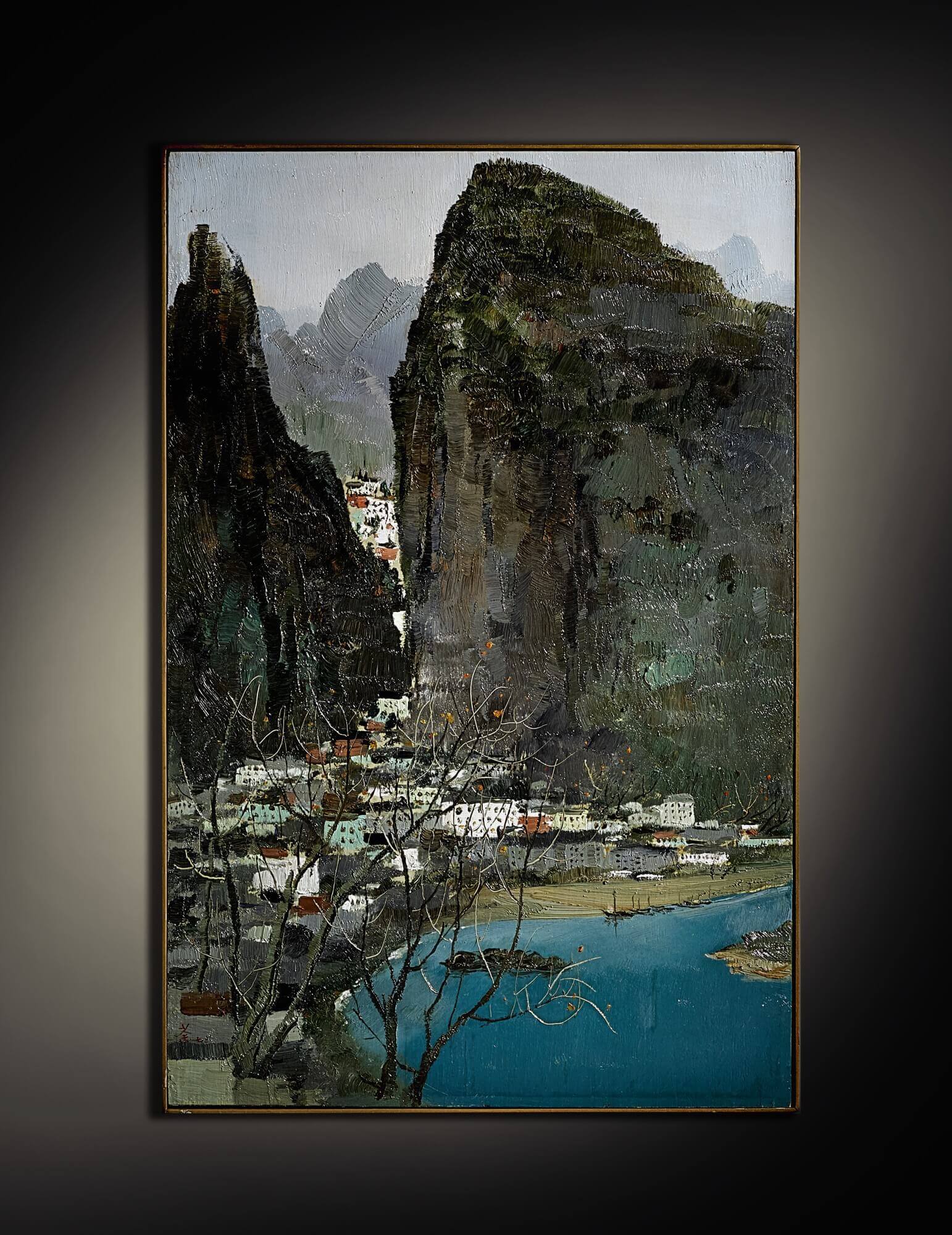 04.08.98 of Zao Wou-Ki was created in 1988 during his "Infinite Period". This painting was at Christie's Hong Kong and sold with 1.38 million dollar. This is it’s the first time in auction after 8 years with an estimate of 2.57-5.15 million dollar that attracting wide attention. 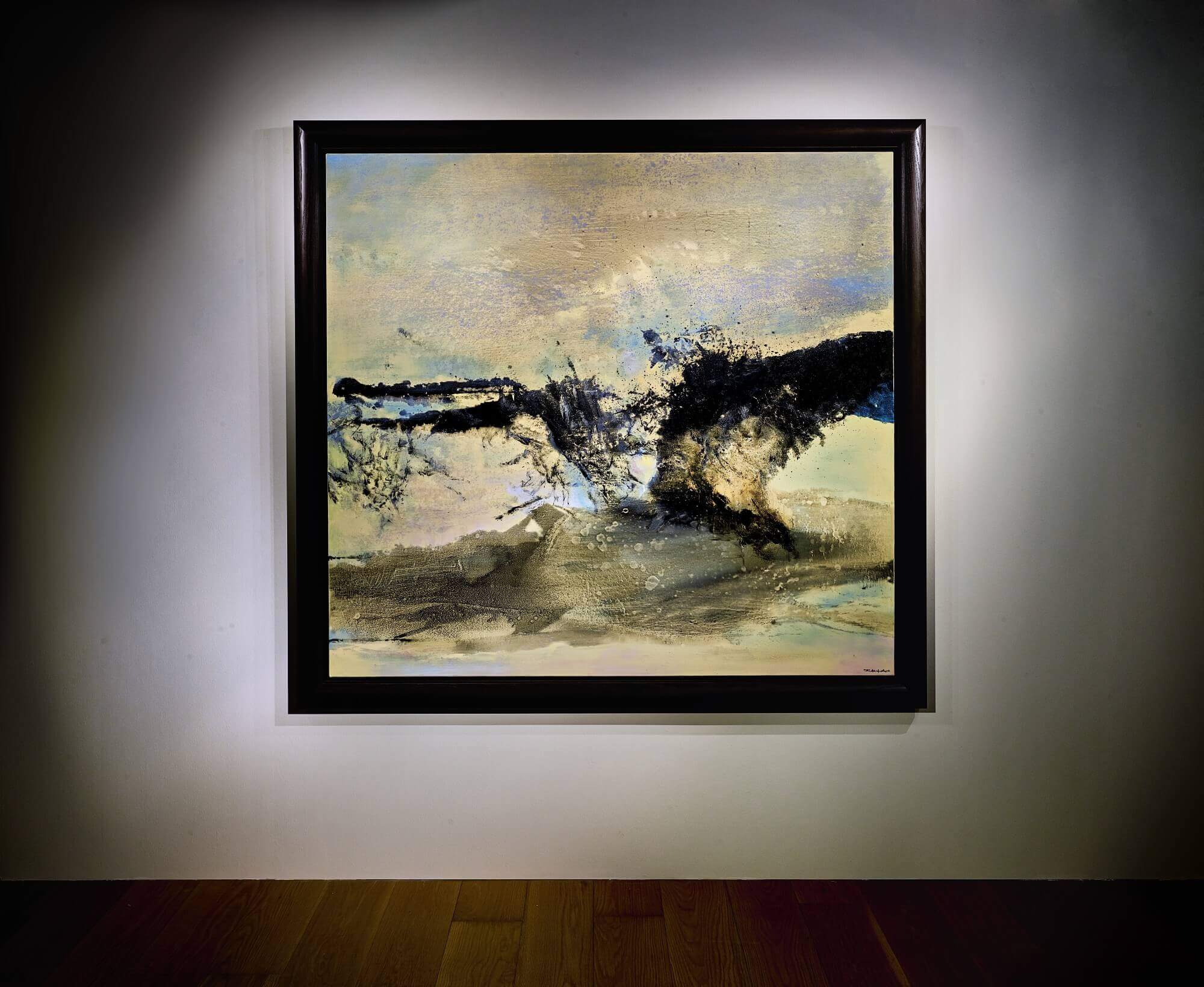 Chu Teh-Chun is one of the artists under spotlight, his Les éléments confédérés (Pentaptych) was sold with 14.66 million dollar in first half of this year that broke his personal record. No. 40, Au Bord De La Rivière and No. 312 will be in the auctions this time, the first one was created in 1959 which is a classic representative of his Abstract-expressionism. The last one was made in Chu Teh-Chun's golden period, both of them received an estimate above one million dollar. 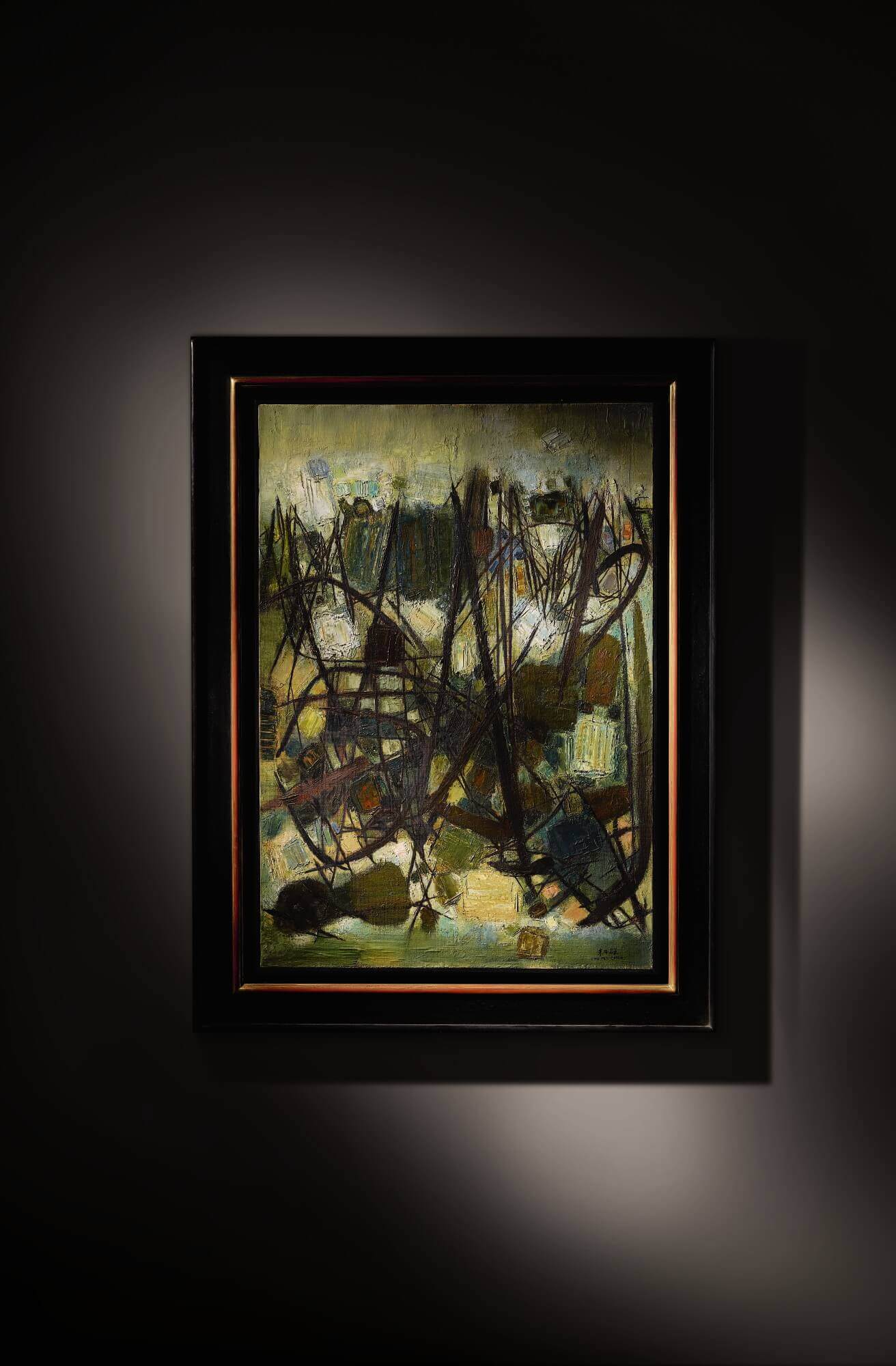 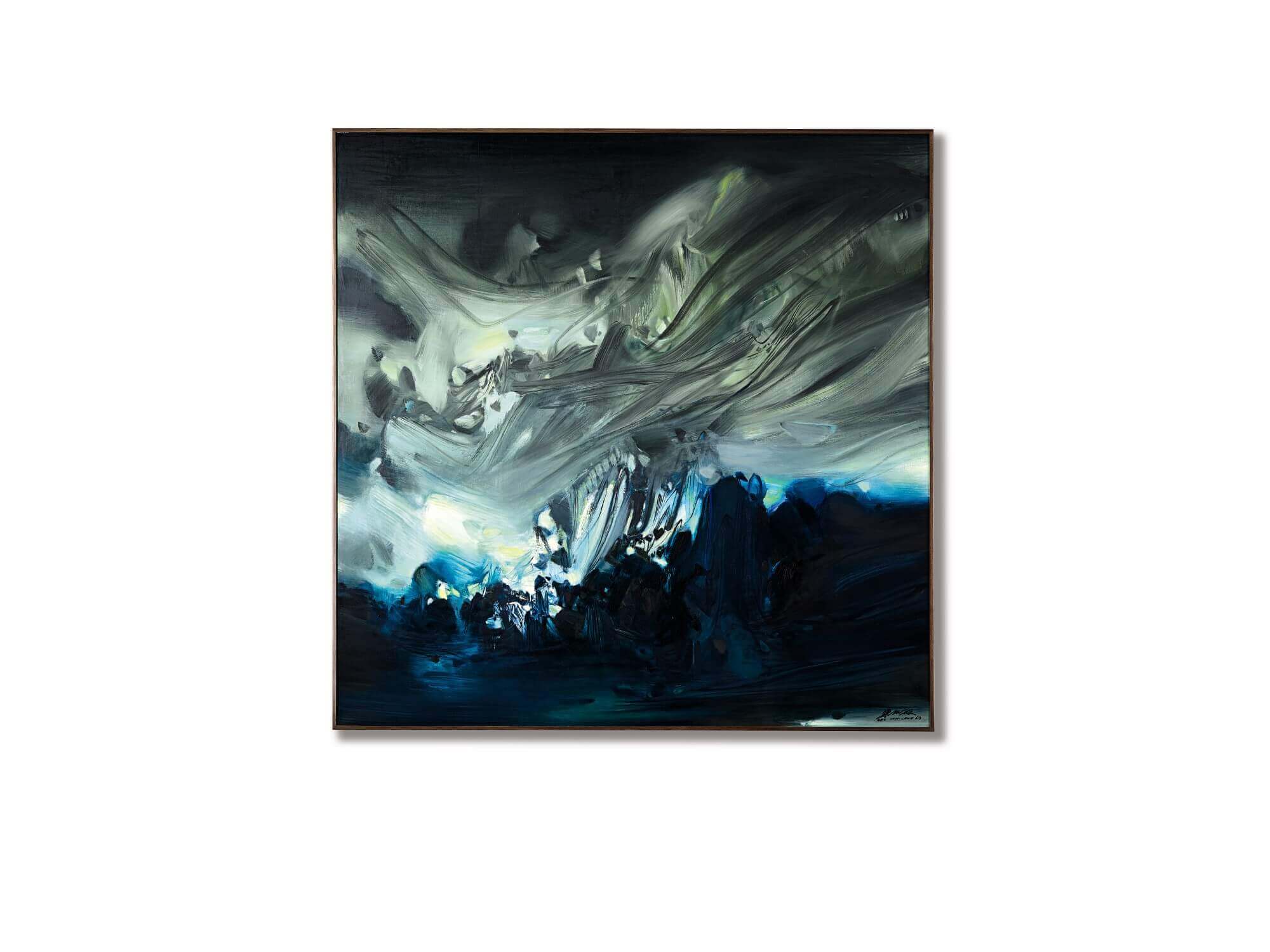 This autumn auction season will present many pieces of Asian contemporary artists like Lin Fengmian, Yun Gee and Tsuguharu Foujita. To witness the styles and features of artists in different periods, let's focusing on these selected lots,

Deux Fillettes À La Poupée of Tsuguharu Foujita is about two teenage girls holding dolls in their arms. According to report, he has 5 pieces of figures holding dolls, and this is one of them. Both girls were painted carefully with rich details, their fair skin is an expression of the unique painting technique of artist. The dolls are enlarged and put in the center of the image that attracting attention. Their facial features, cloth details and seams at the joints of arms have all been depicted perfectly. 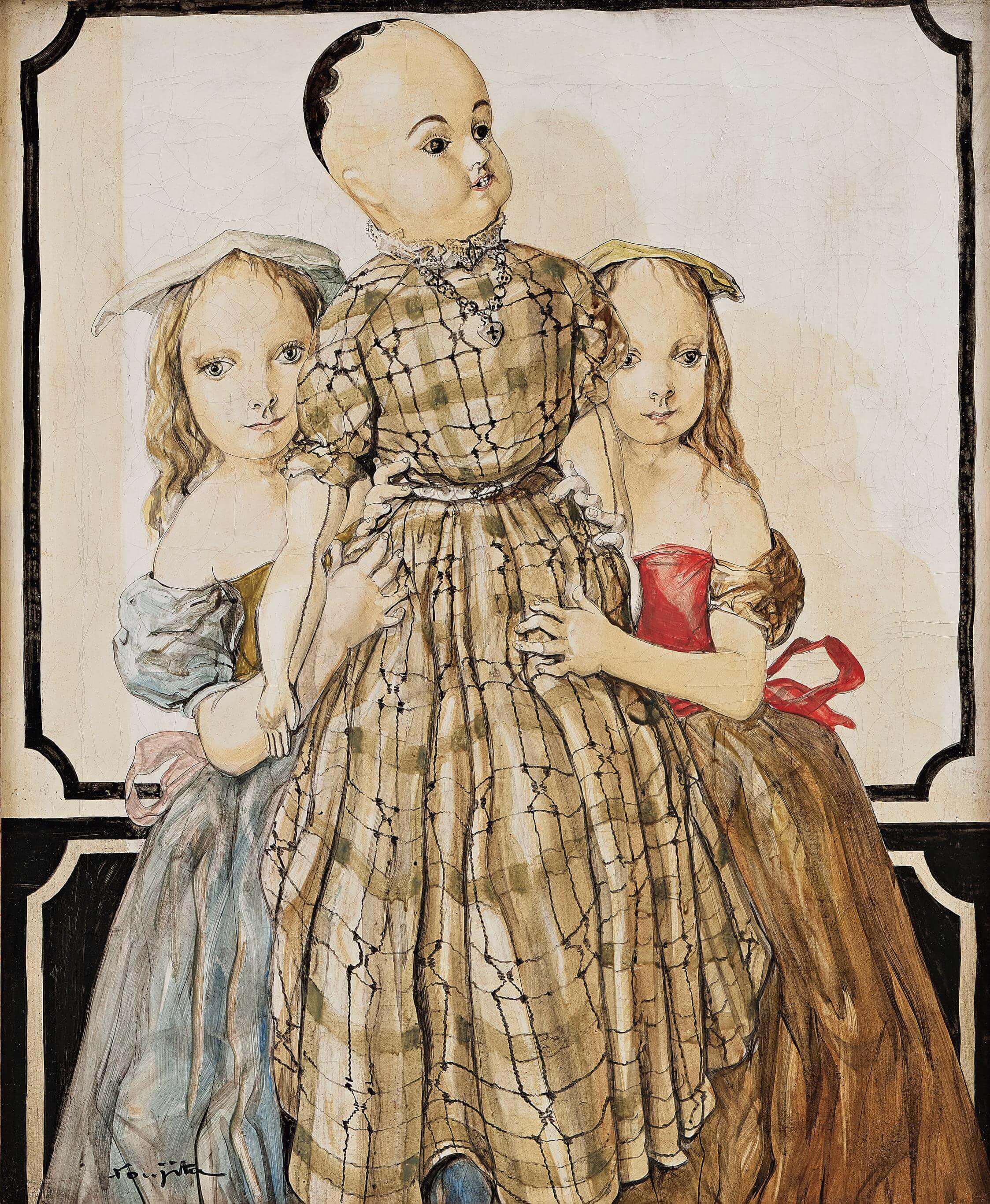 No.2 Portrait Of Woman In Chair of Yun Gee

Portrait Of Woman In Chair by Yun Gee is about his first French wife, poet Paule de Reuss. The woman in this painting has slim body and a tender face with special temperament. There are some polygon shaped color block on her face, it is the classic feature of his "Diamond Period". This work was painted on silk rather than canvas, it is a precious material from Yun Gee's hometown that gains the value of this painting. 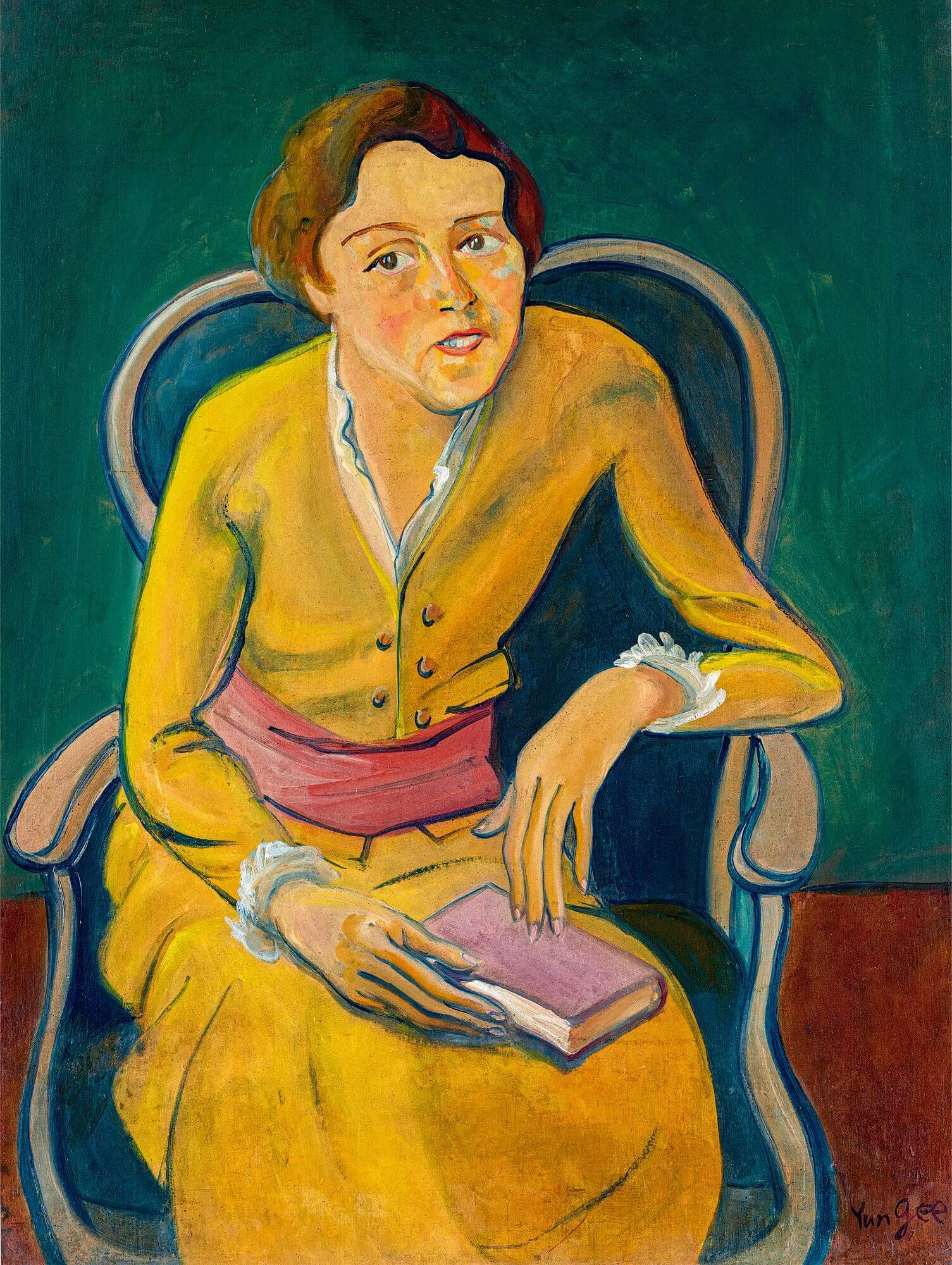 No.3 King Of West Chu of Ting Yin Yung

King Of West Chu of Ting Yin Yung received estimate of 45-58 thousand dollar, it has a unique charm of the exotic East. King Of West Chu is also one of the three pieces of Farewell My Concubine series with the largest size. 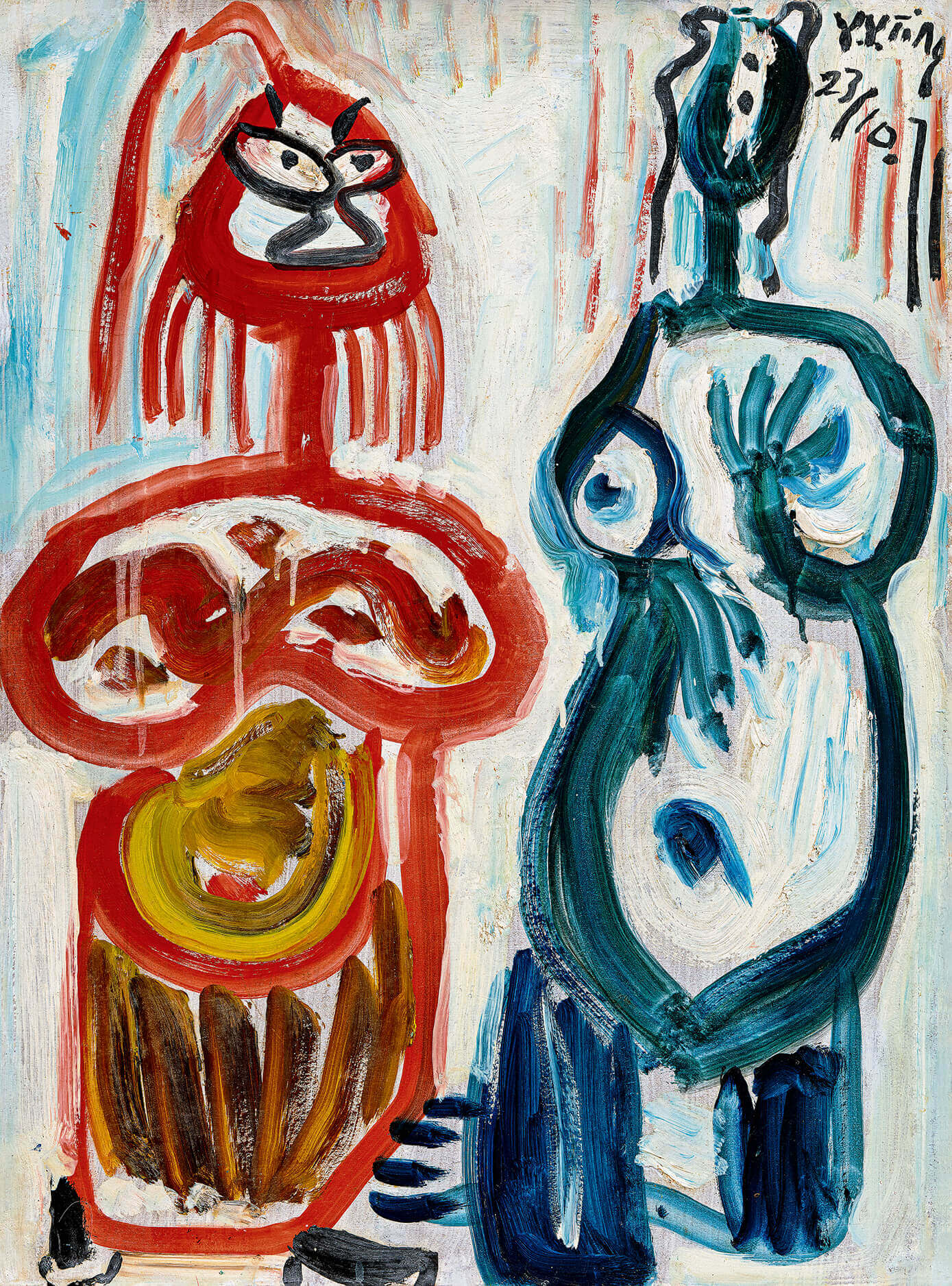 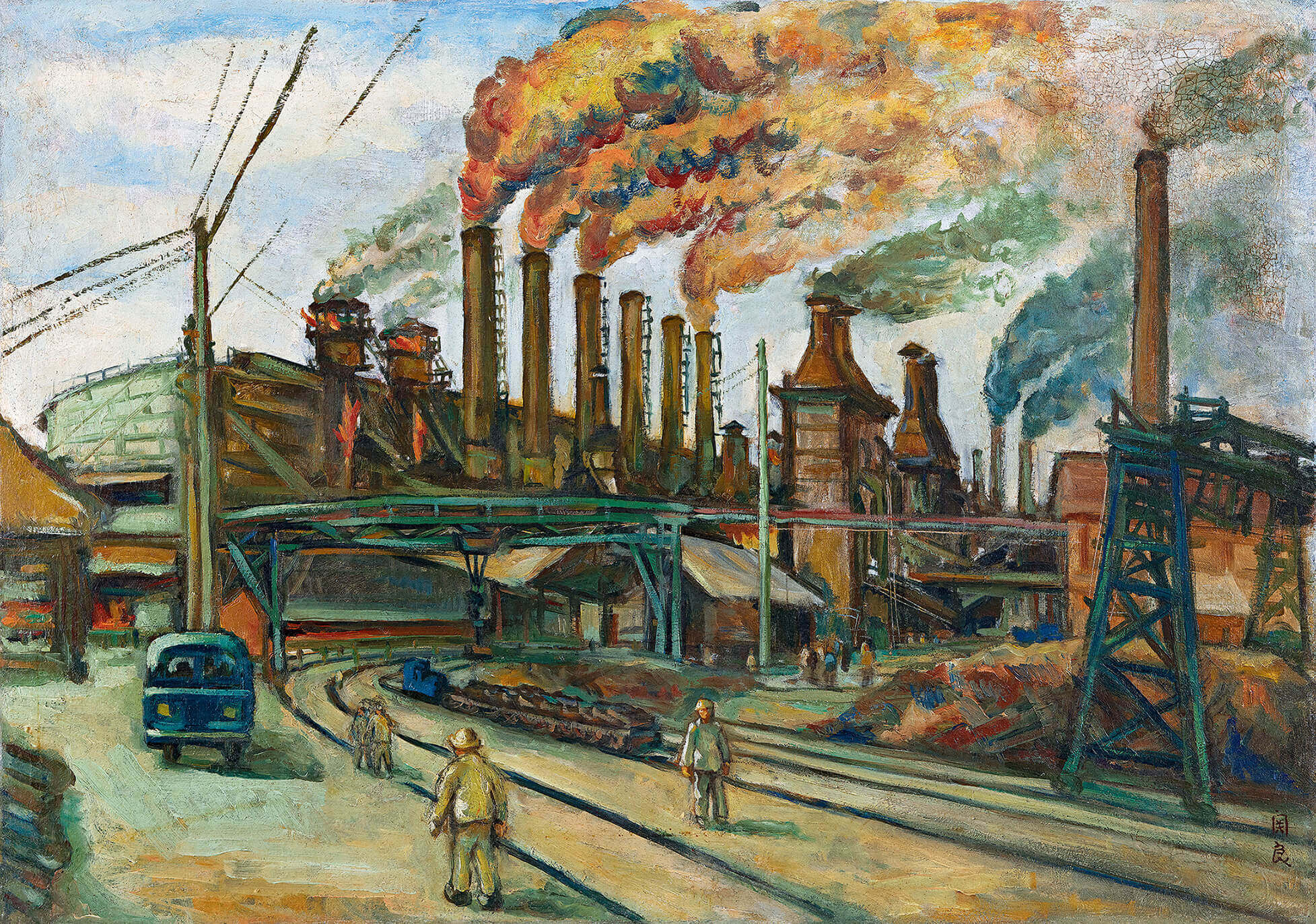 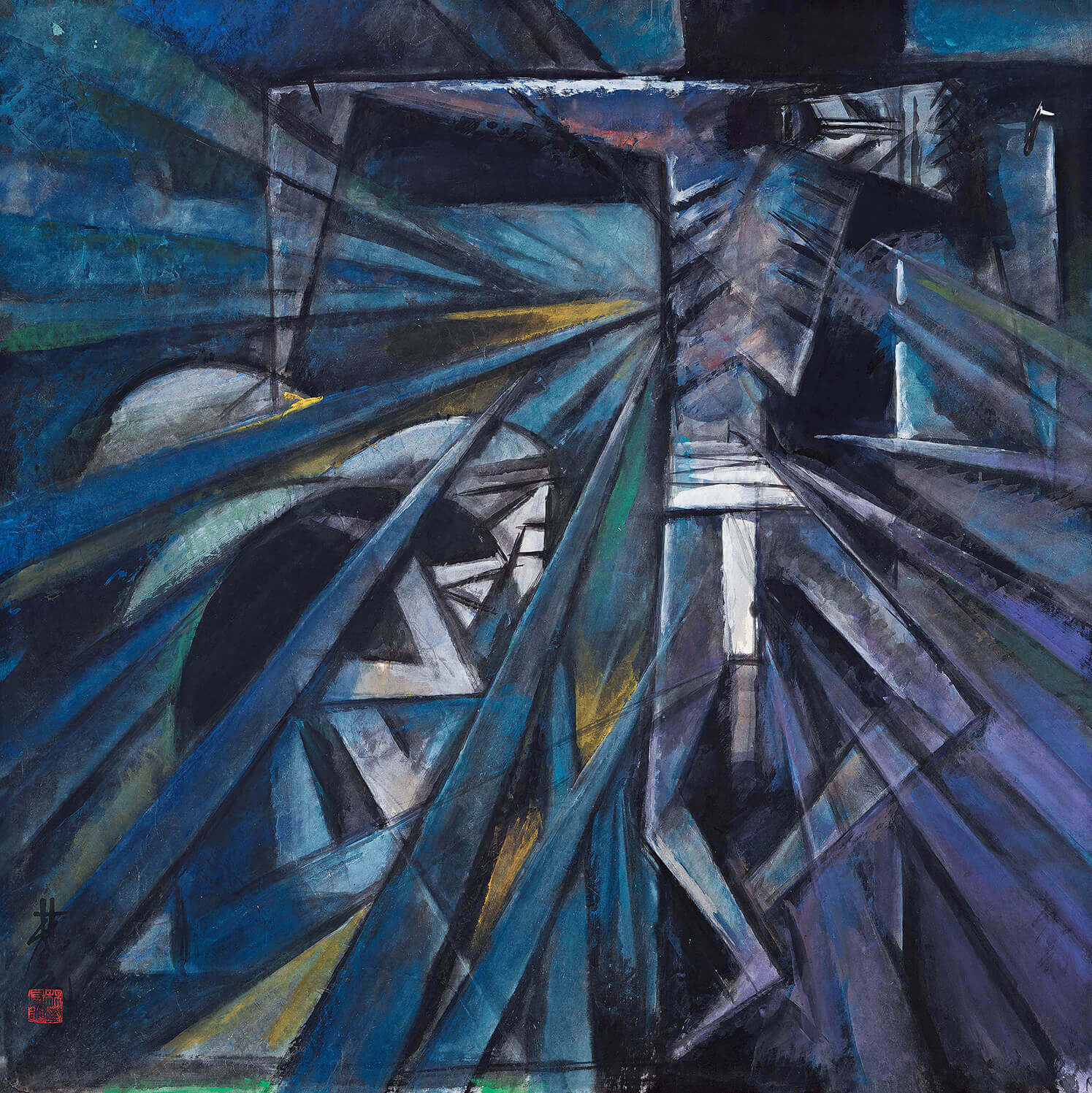