In June 18, 2021, Contemporary Curated: Asia Jay Chou x Sotheby's evening sale had officially started, and a global live broadcast of the auction will be conducted. A total of 46 lots were presented, of which 70,8090 lots of the young artists accounted for 43%. The total turnover was HKD 845,984,600 received White Gloves. Among them, Untitled created by Jean-Michel Basquiat in 1985 is the most expensive lot in this auction, started at HKD 210 million, after fierce bidding, it was sold at HKD 250 million, plus a commission fee of HKD 289 million, making it the second most expensive Western art sold in Asia (the most expensive art sold in Asia is on March 23, 2021. The record is held by Warrior of Basquiat with HKD 323 million) which was commissioned by Hong Kong to the No. 100 buyer. In addition, six artists including Richard Prince, Peter McDonald's, Jamian Julianno Villani, Loie Hollowell, Yukimasa Ida, Natee Utarit has broken their auction records.

Wu Jin believes that there is no doubt that Jay Chou's act of commerce this time will deeply affect the interest in art collection among the young generation.

Jay Chou said, “This time, there are many different aspects of the plan, which integrates many elements that are of interest. It contains diversified and cross-cultural works, including Eastern and Western artists, as well as emerging artists. I hope that through this auction, the public will be able to get closer to art, also let some emerging artists have the opportunity to be seen."

For this great event that combines popular entertainment with art, the wonderful lot also includes three sets of costumes worn by Jay Chou during his seventh world tour concert "The Strongest on the Surface". A total of HKD 3,313,800 Hong Kong dollars was collected. The auction proceeds will be all donated for charitable purposes. 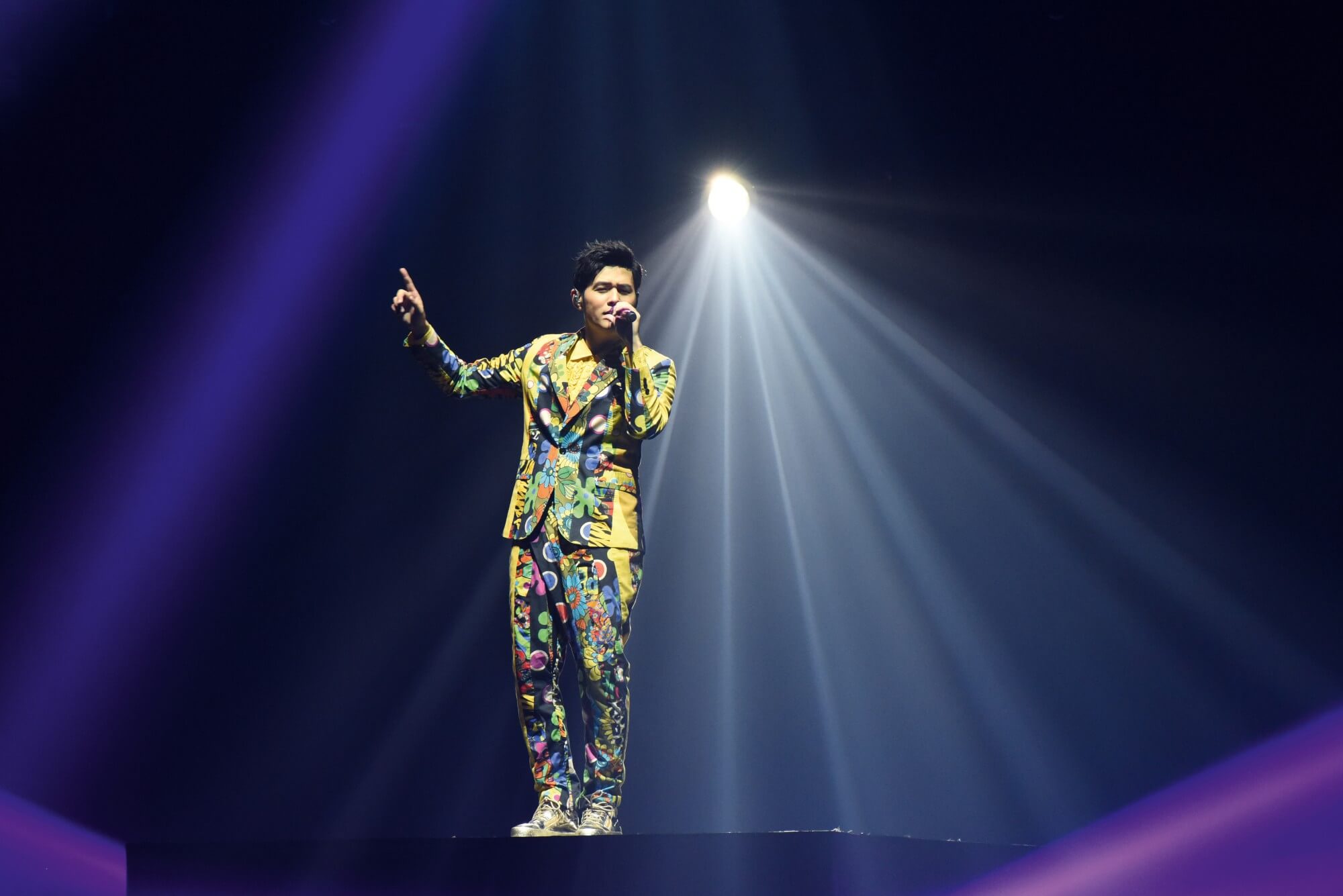 Basquiat's Untitled (in three parts) created in 1985 has lead the auction, with an estimated price of HKD 255-350 million. The sale started at HKD 210 million and the on-site bidding was fierce. In the end, it was hammering at HKD 250 million include a commission of total HKD 289 million. This transaction has become the second most expensive Western art in Asia (the most expensive art in Asia was the record held by Basquiat's "Warrior" at 3.23 Hong Kong dollars on March 23, 2021.) It was received by the No. 100 buyer commissioned by Hong Kong. 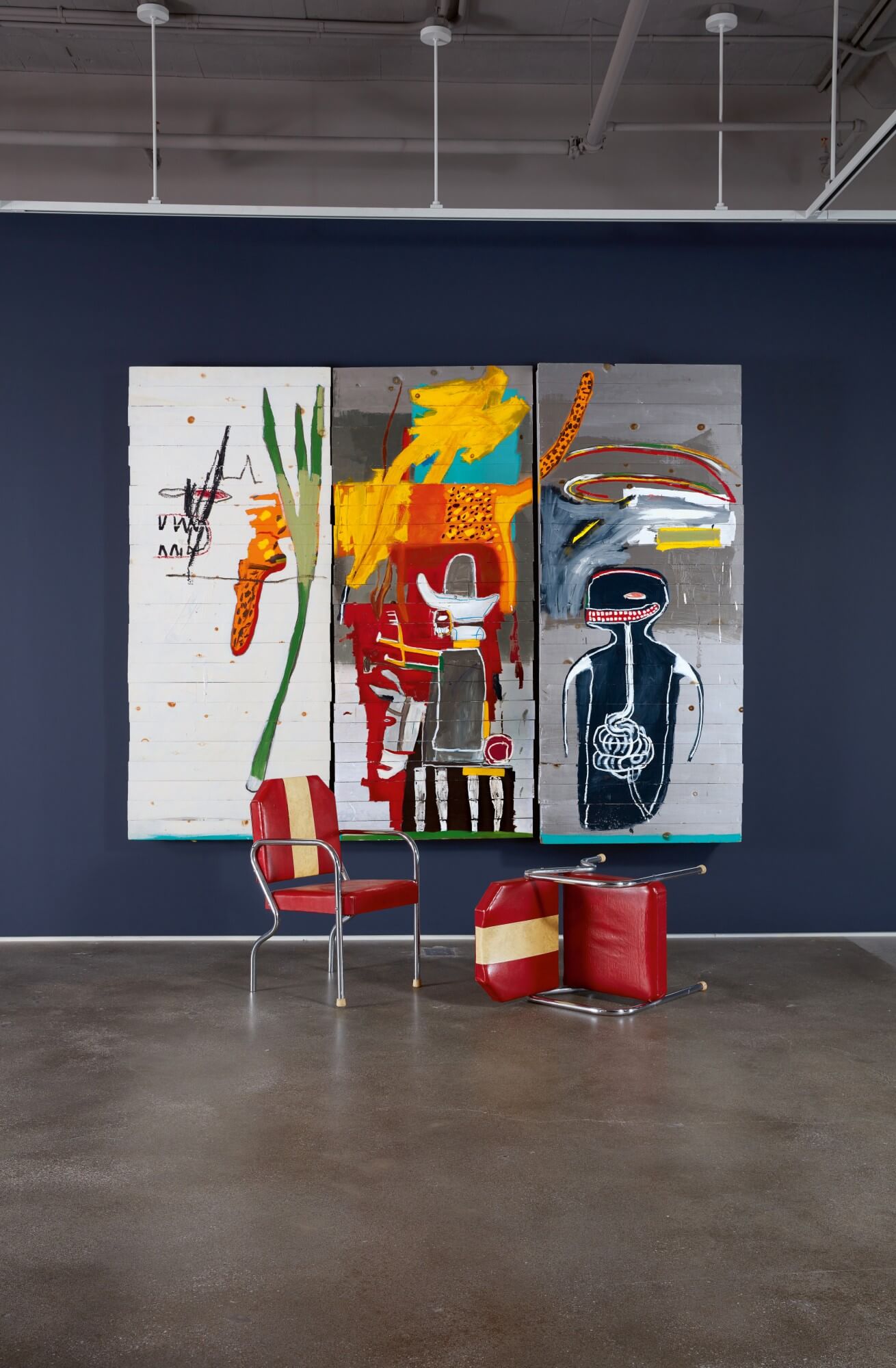 The Buste D'homme, made in 1969, has encompasses the key themes of Picasso's later works, it is a powerful portrait. This work is derived from a handful of works by Picasso to study and explore Van Gogh's iconic self-portrait Self-Portrait with a Straw Hat painted in 1887. It was sold for HKD 93 million and the total is HKD 108 million include the commission fee. It was sold to No. 14 buyer commissioned by Hong Kong. 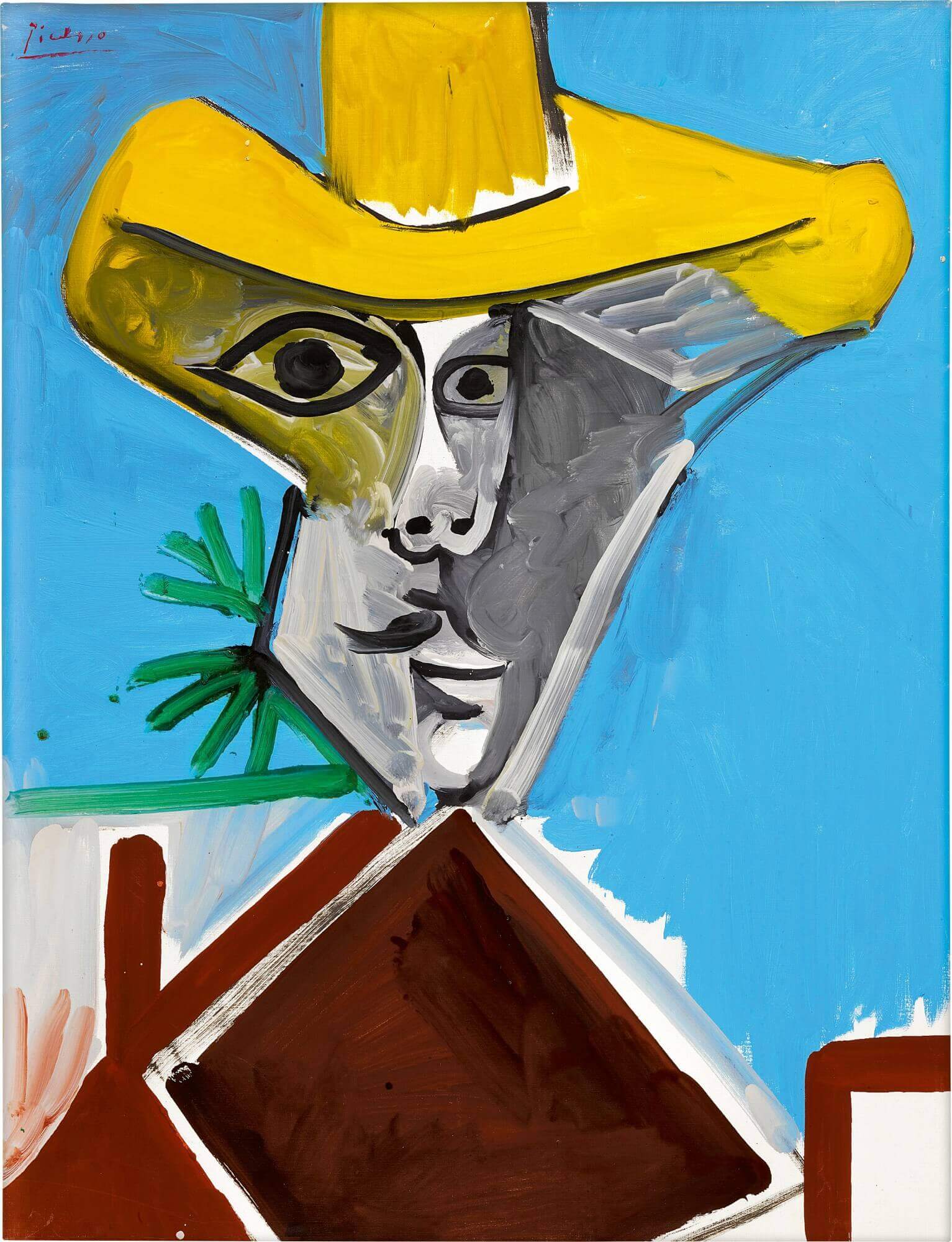 Runaway Nurse, made in 2005-2006, is the most beautiful and unique work in the artist's famous "Nurse" oil painting series. Richard Prince's Nurse was valued at HKD 75 million to HKD 95 million, and the auction started at HKD 55 million. After fierce bidding, the hammer was dropped at HKD 80 million and the transaction price was HD$93.98 million, setting a world record for artist. (This "Nurse" is the second time on auction. It has been sold at Christie's New York on May 10, 2016 for 9.68 million US dollars, setting the world auction record, and it remains today.) 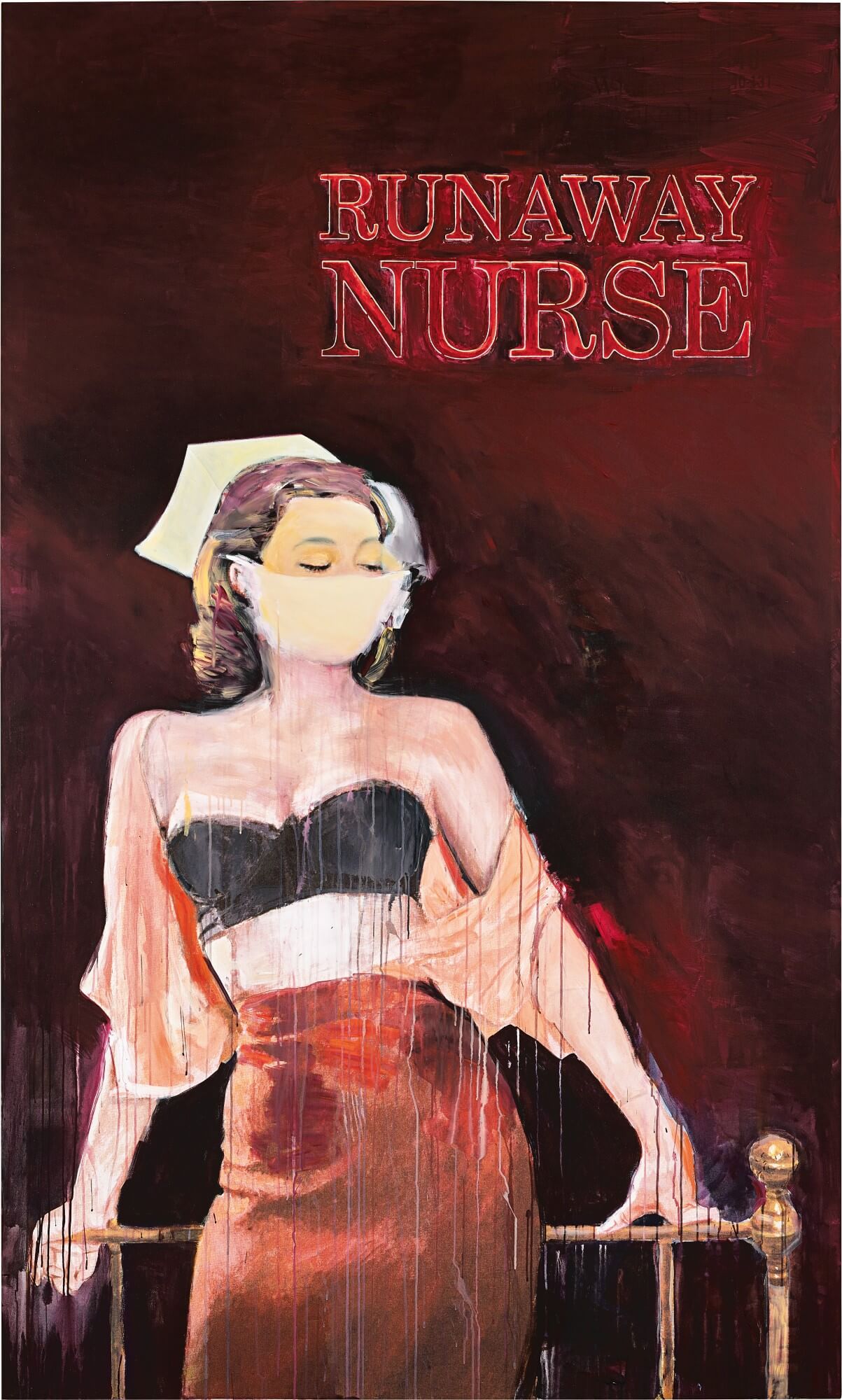 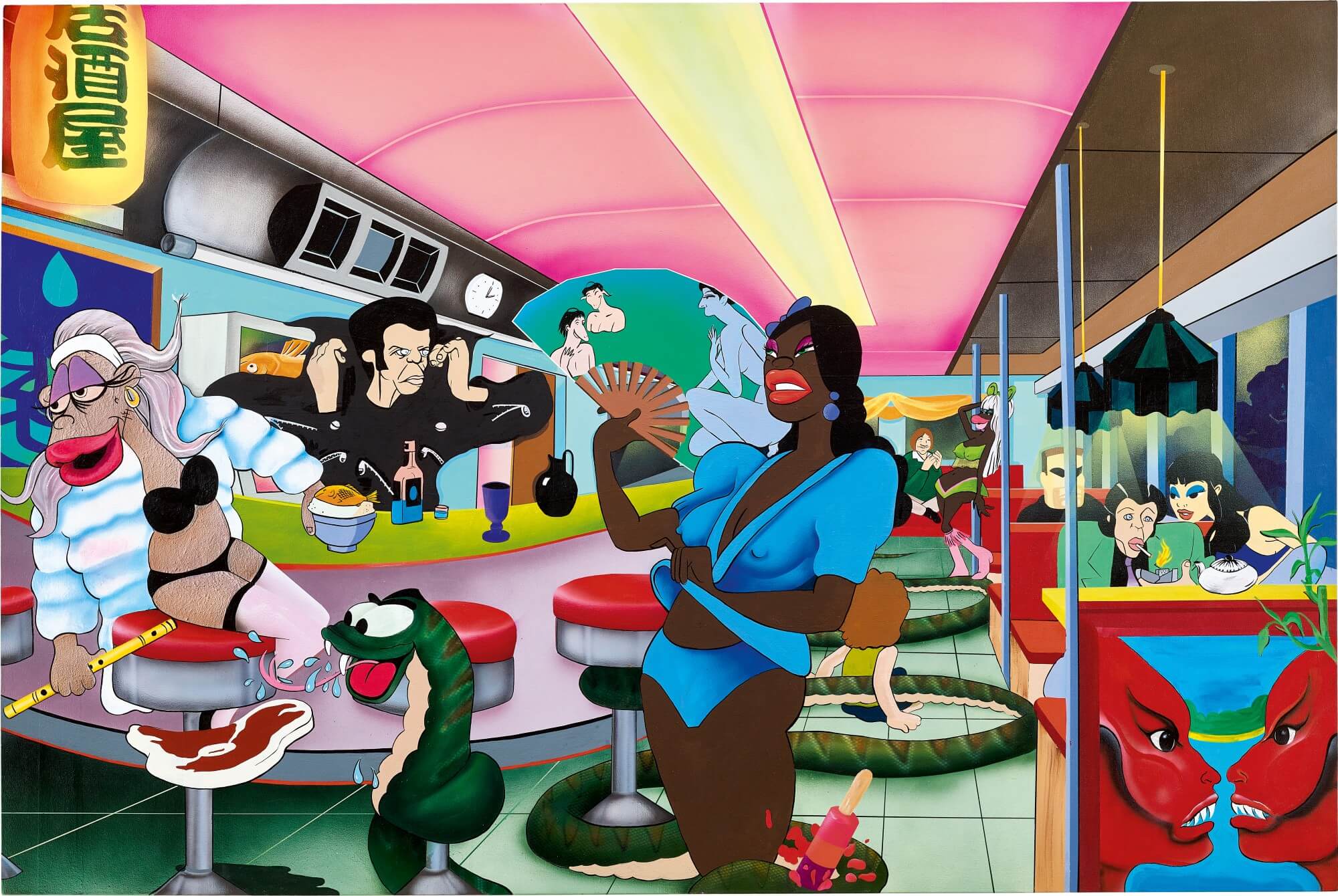 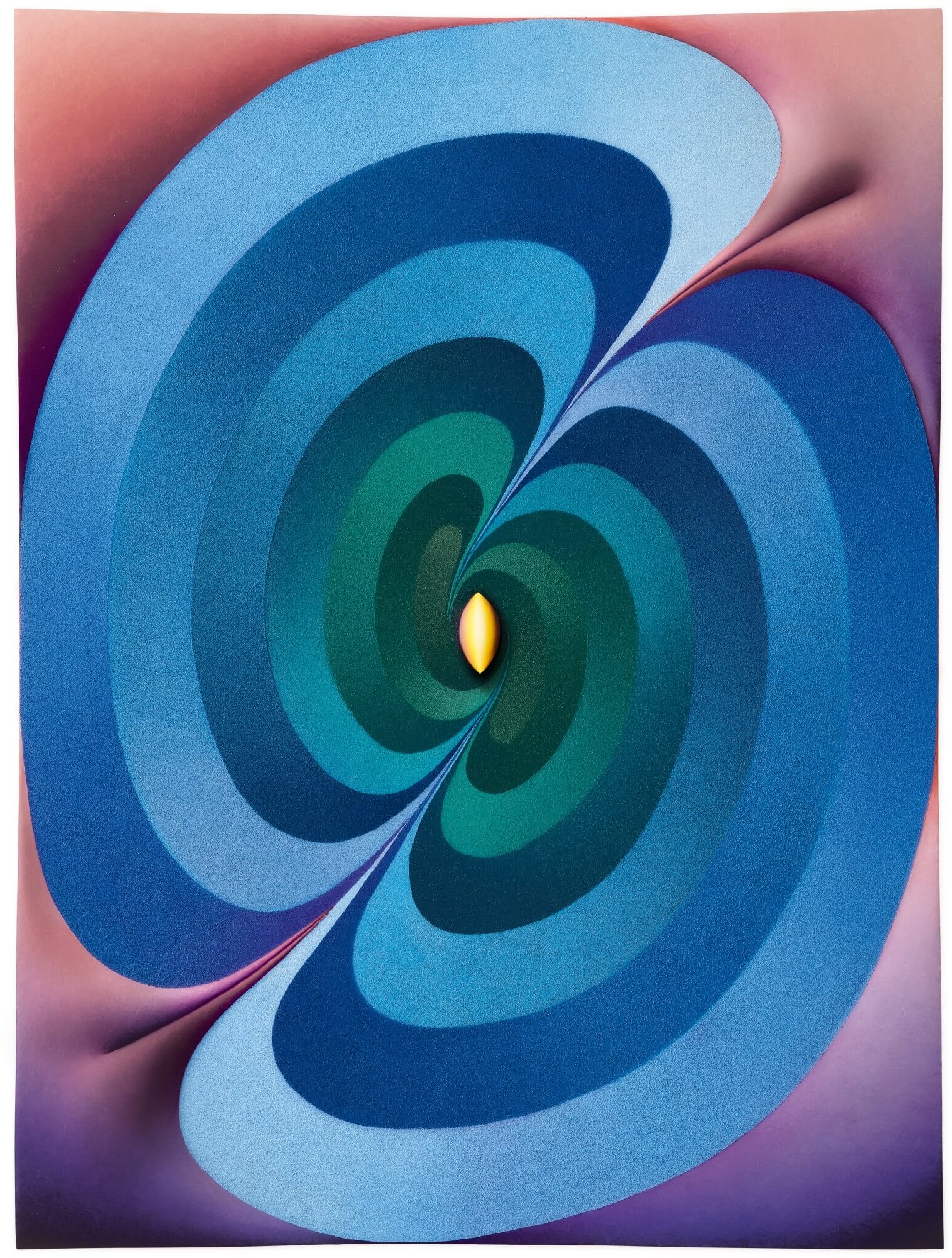 In addition to the first three auctions, works of Western art have also achieved good results. Abstraktes Bild is is an early abstract painting of Gerhard Richter, with bright and rich colors, which looks like a kaleidoscope. Frank Stella's Untitled (Double Concentric Square) is shining, showing the dazzling color of the TV, which can be seen as the iconic masterpiece of 20th Century Minimalism. In addition, works by Avery Singer, Adrian Ghenie, Loie Hollowell and others were all sold. 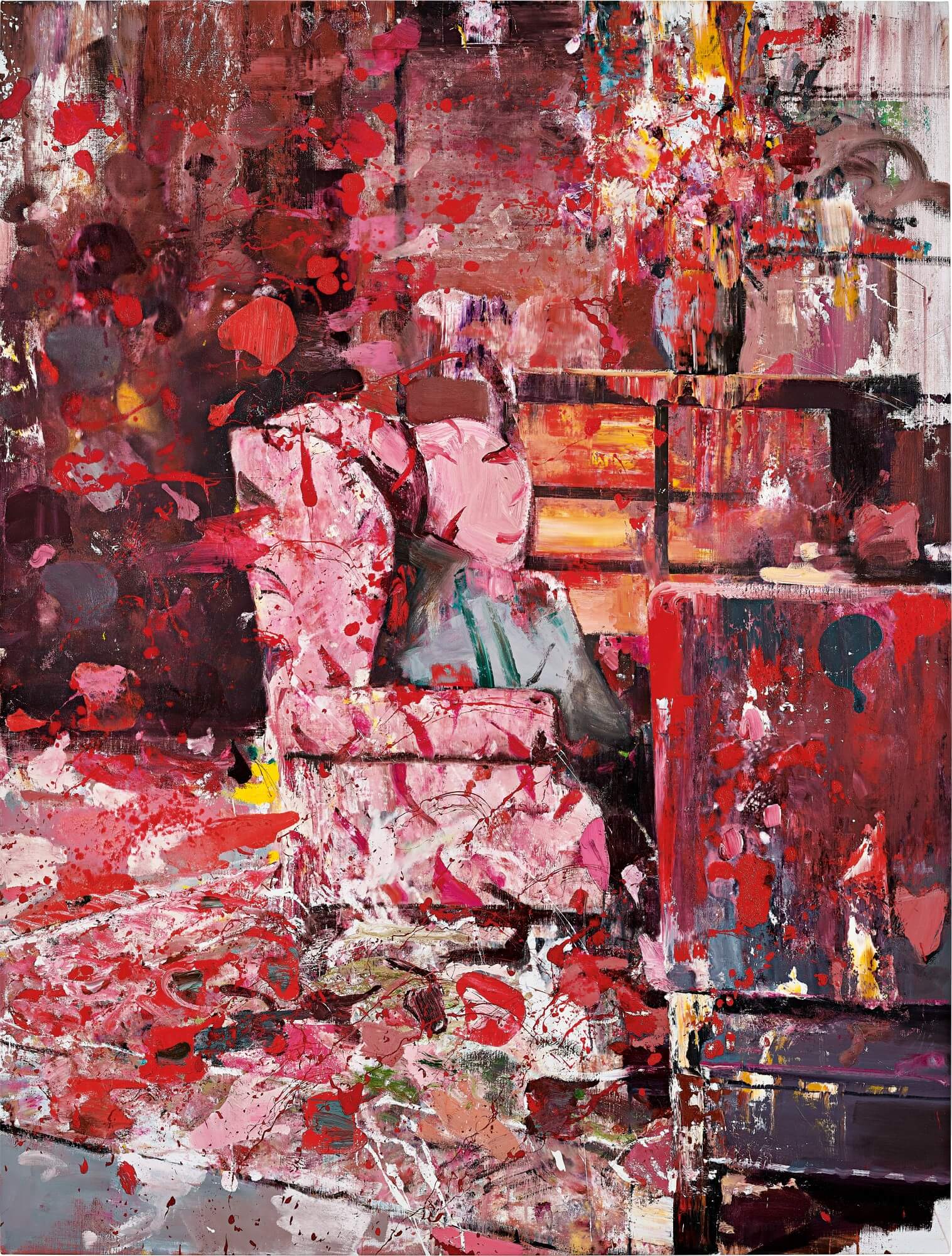 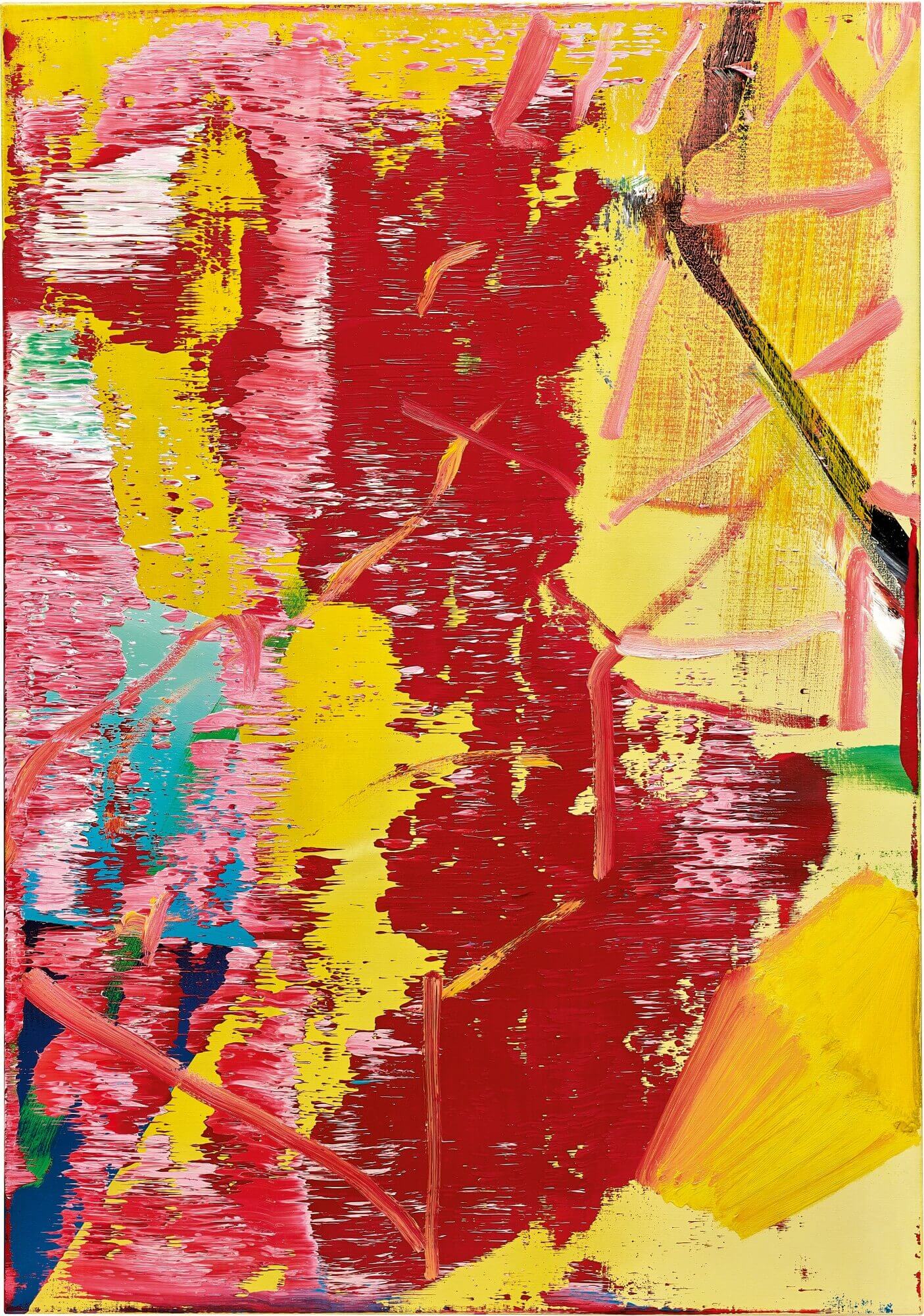 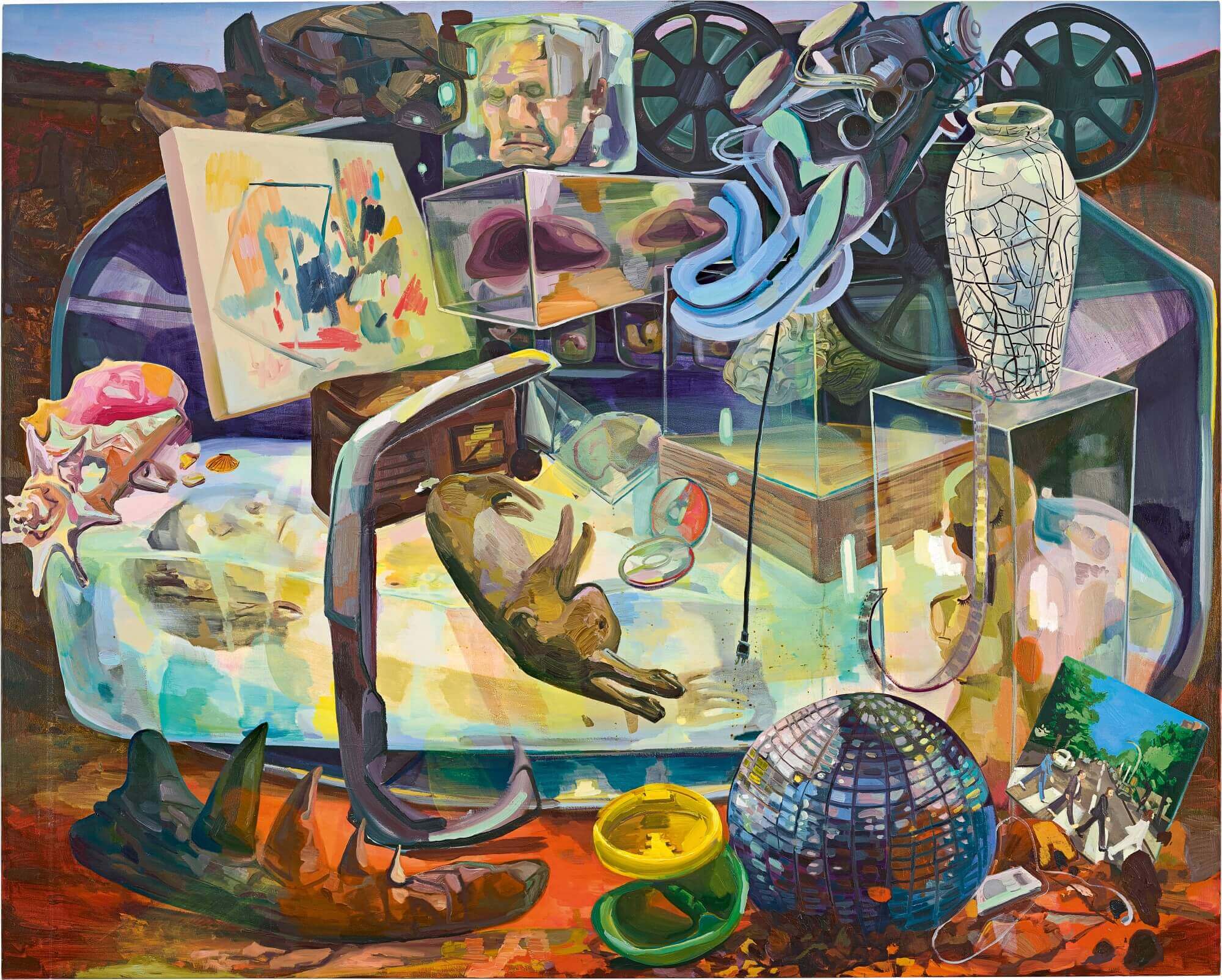 Asian art include works by Zao Wou-Ki, Cai Guo-Qiang, Yoshitomo Nara, Liu Ye and others. 14.05.63 is a masterpiece of Zao Wou-Ki in the 1960s. It combined the strength of the Eastern brushwork with the beauty of the Northern Song Dynasty landscape in the thick stack of Western oil paints, creating a vigorous and powerful color structure, and the combination of Eastern and Western cultures with unrestrained and confident feeling. 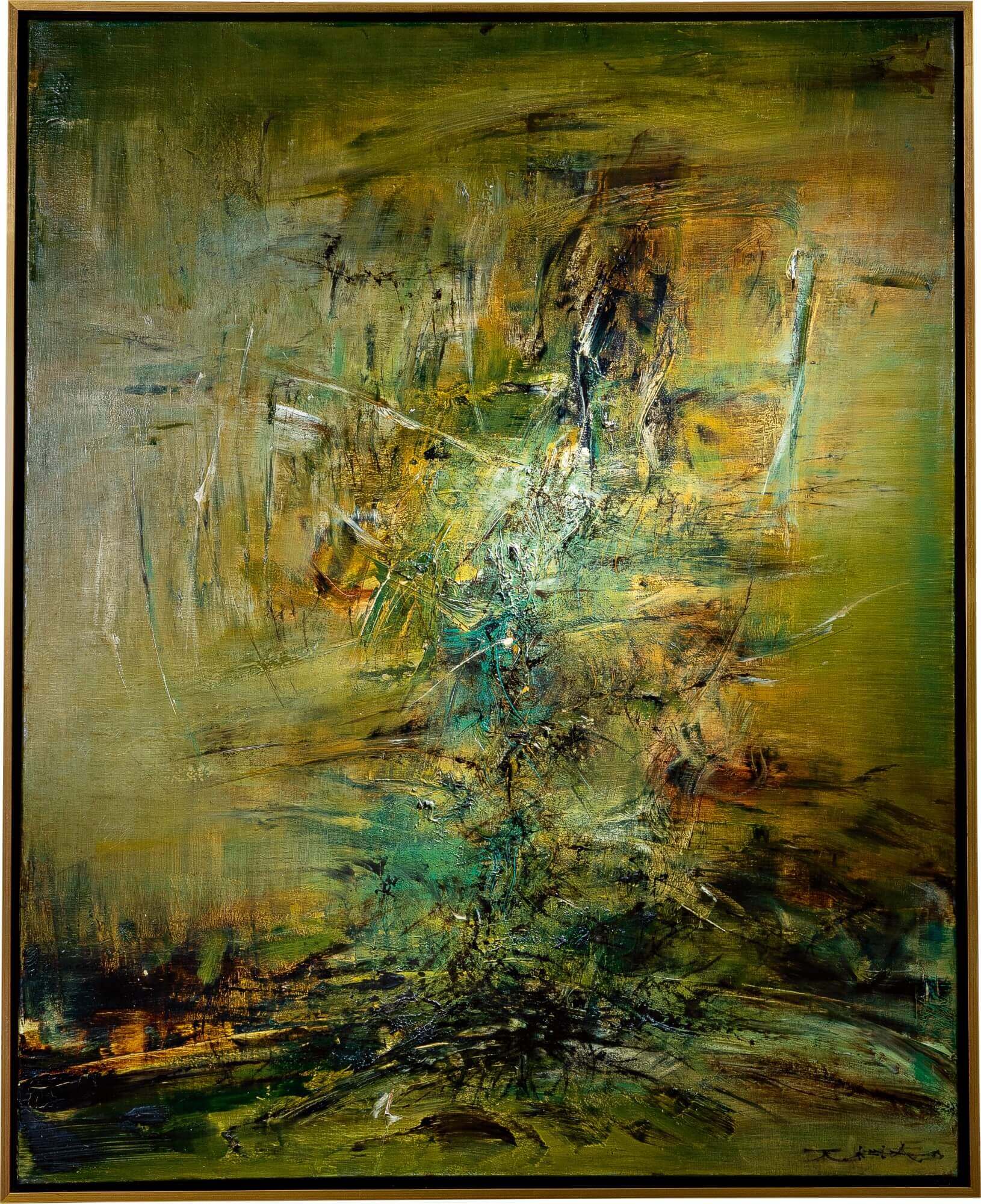 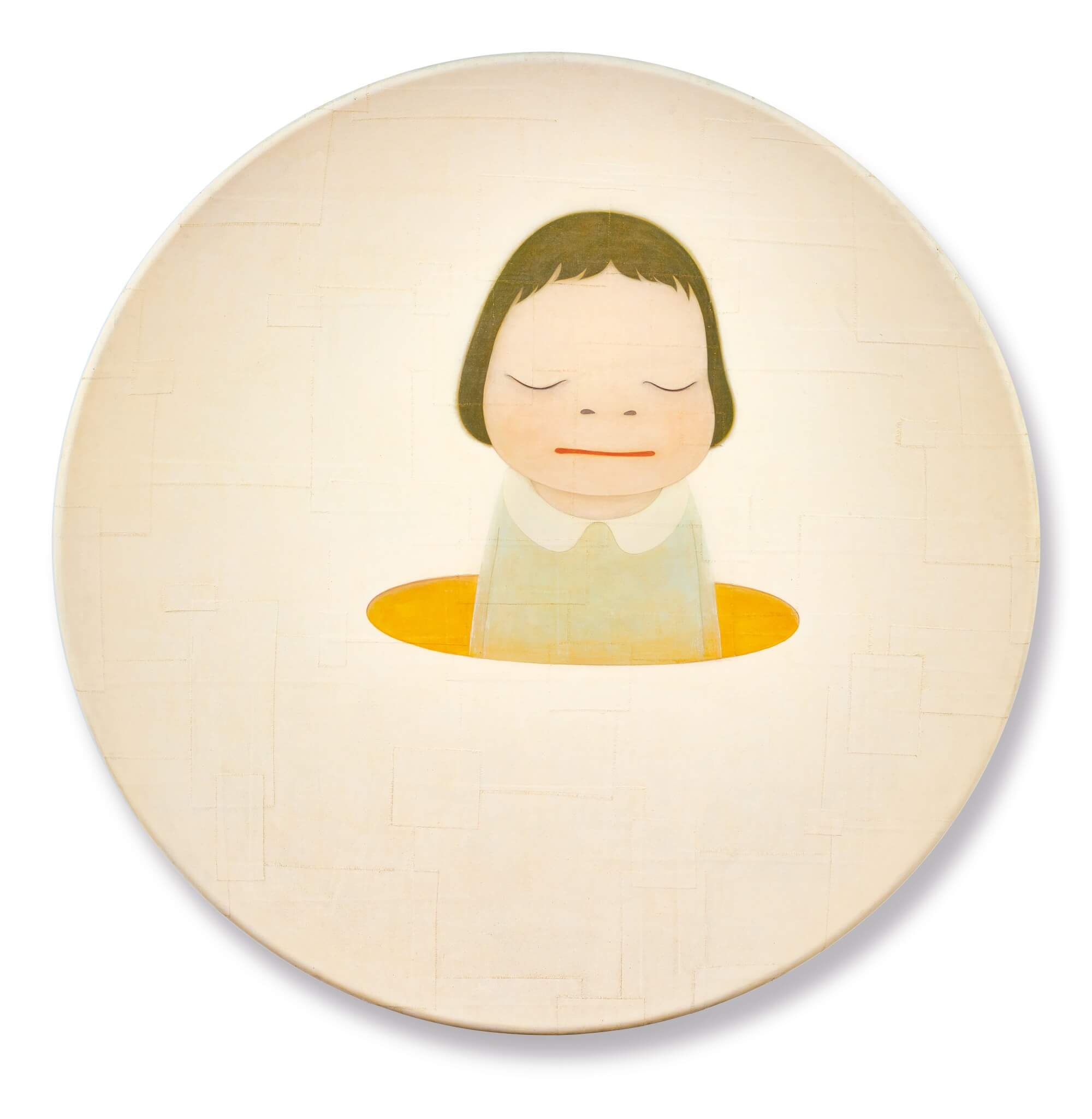 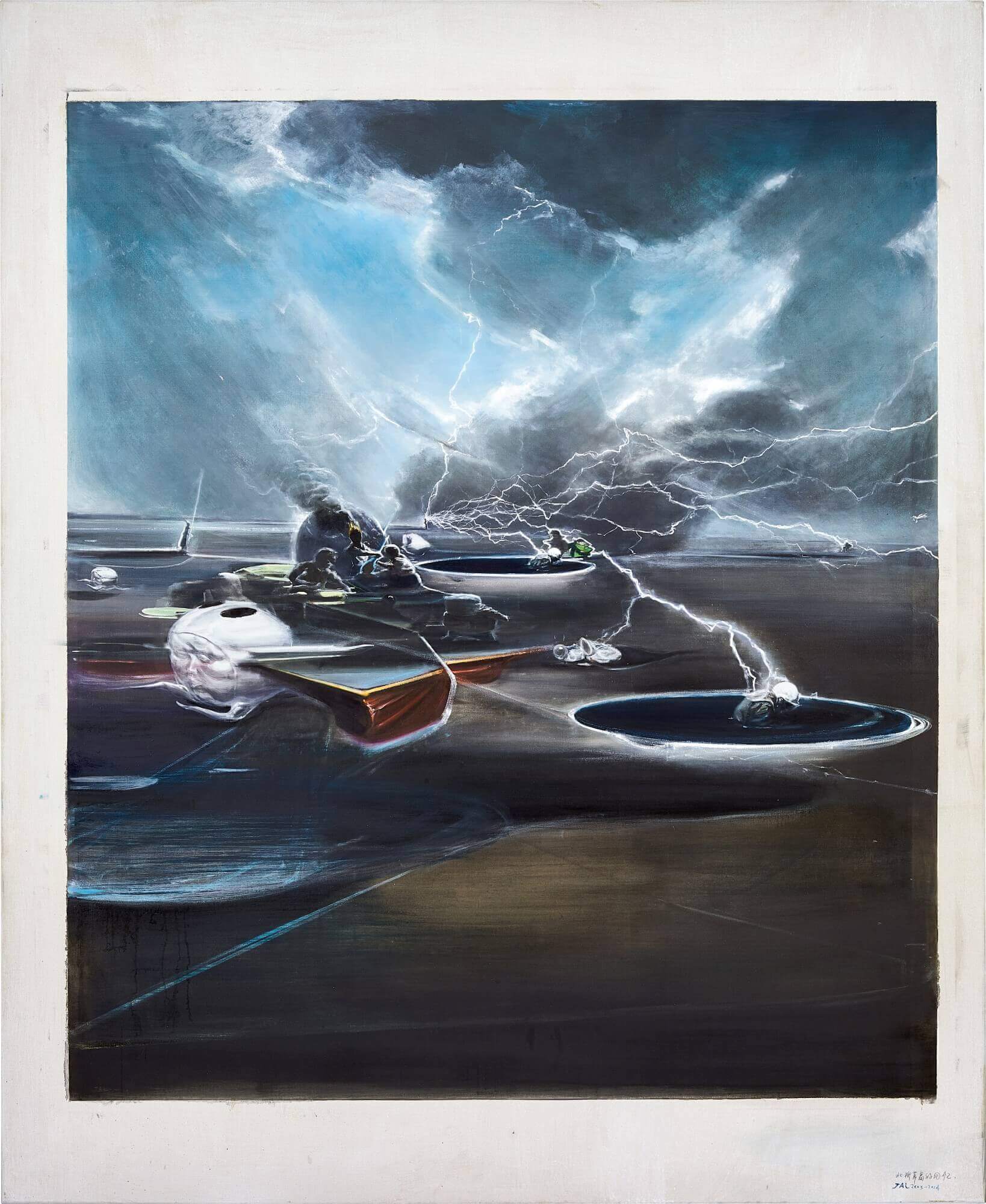 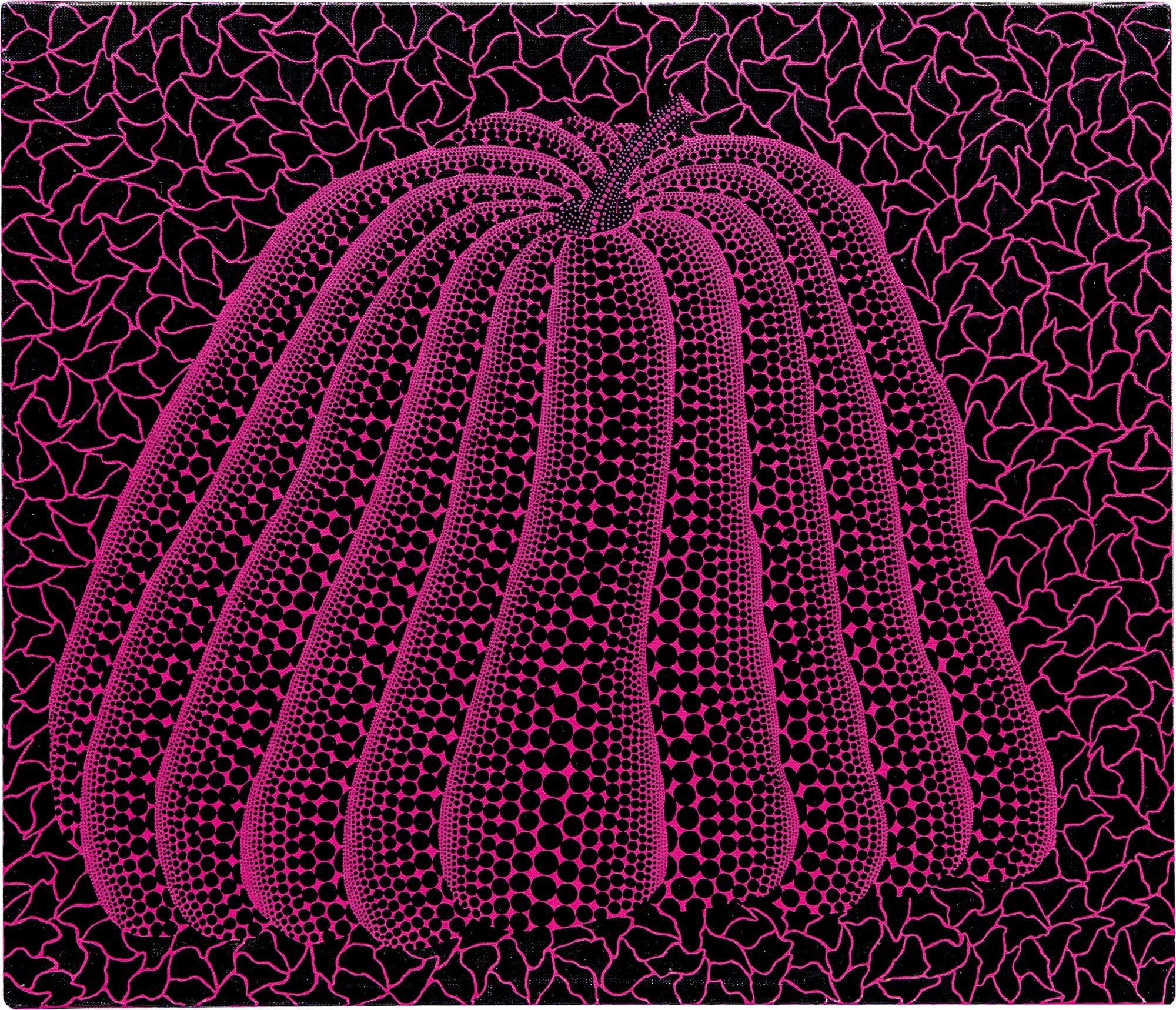 ArtPro will continue to focus on the 2021 spring auction, please stay tuned for more auction news.

The global live broadcast is in progress, click on the session to watch the HD video