HomeNewsFeatured works from auctions in August

Featured works from auctions in August

The August auction season in Hong Kong, many auction houses are going to enter the summer auction season with master pieces and valuable works by artists like Zeng Fanzhi, Liu Ye and Wu Guanzhong. Now, please follow ArtPro and let’s focusing on these lots that we carefully selected for the August sell season. 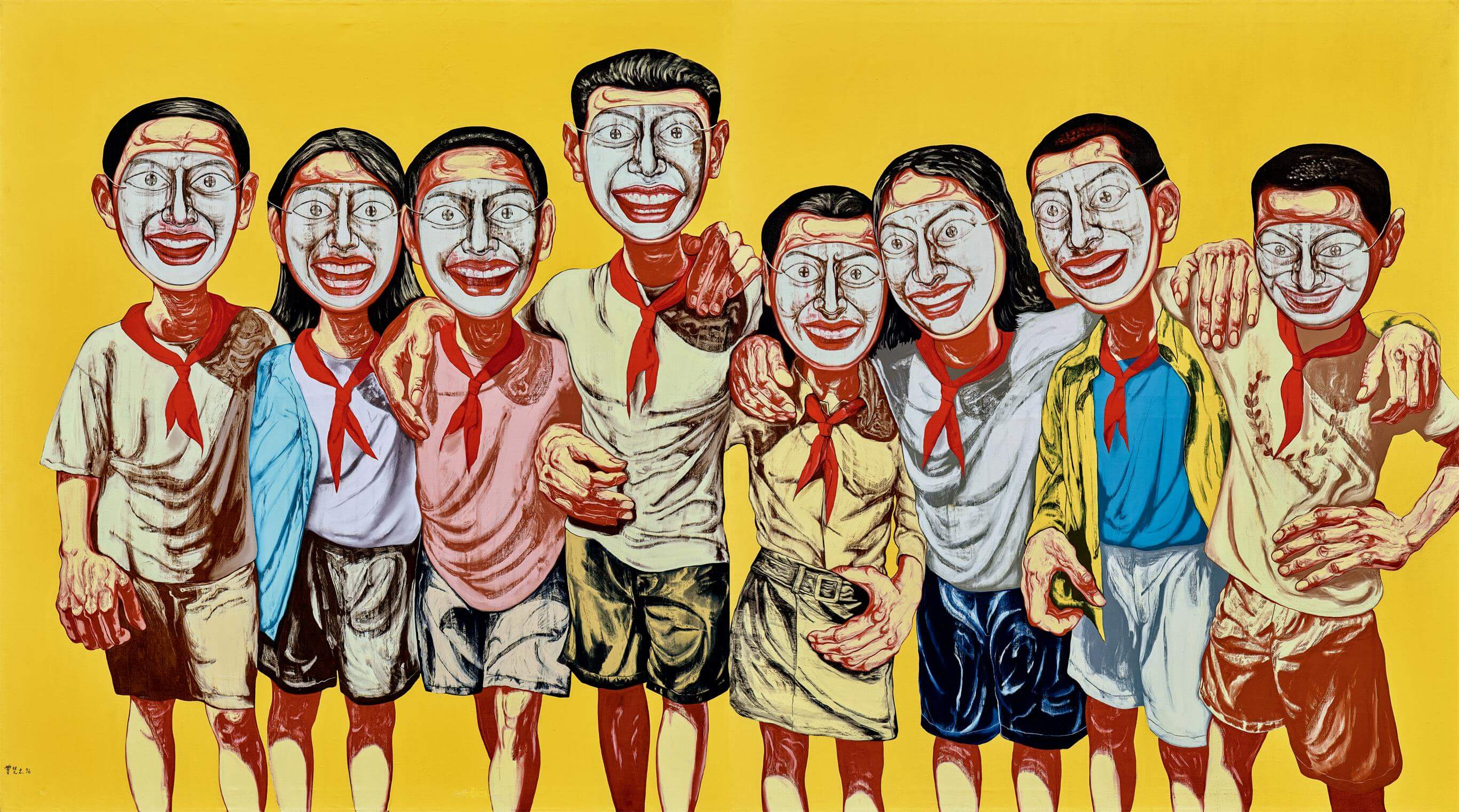 Zeng Fanzhi’s mask series has always been one of his most classic series, “Mask 1996 No.6” is the best of all the “Mask” works. This painting unveil the psychological distance between people, their loneliness were covered by a mask with big smile. The exaggerating and intense facial expression were the most attractive part on this work.

“Mask 1996 No.6” were sold at May 24th in 2008 at Christie’s with 9.67 million dollar and 330.67% over-low-estimate rate. It was Zeng Fanzhi’s most expensive work dealt in that year. In April 3rd 2017, this work was presented at Poly auction and trade with 13.50 million dollar, which once again became the artist’s most expensive work sold in that year. “Mask 1996 No.6” is the Top3 of all Zeng Fanzhi’s art pieces, this time it will come up with an estimate to be inquired. We look forward to see its auction result. 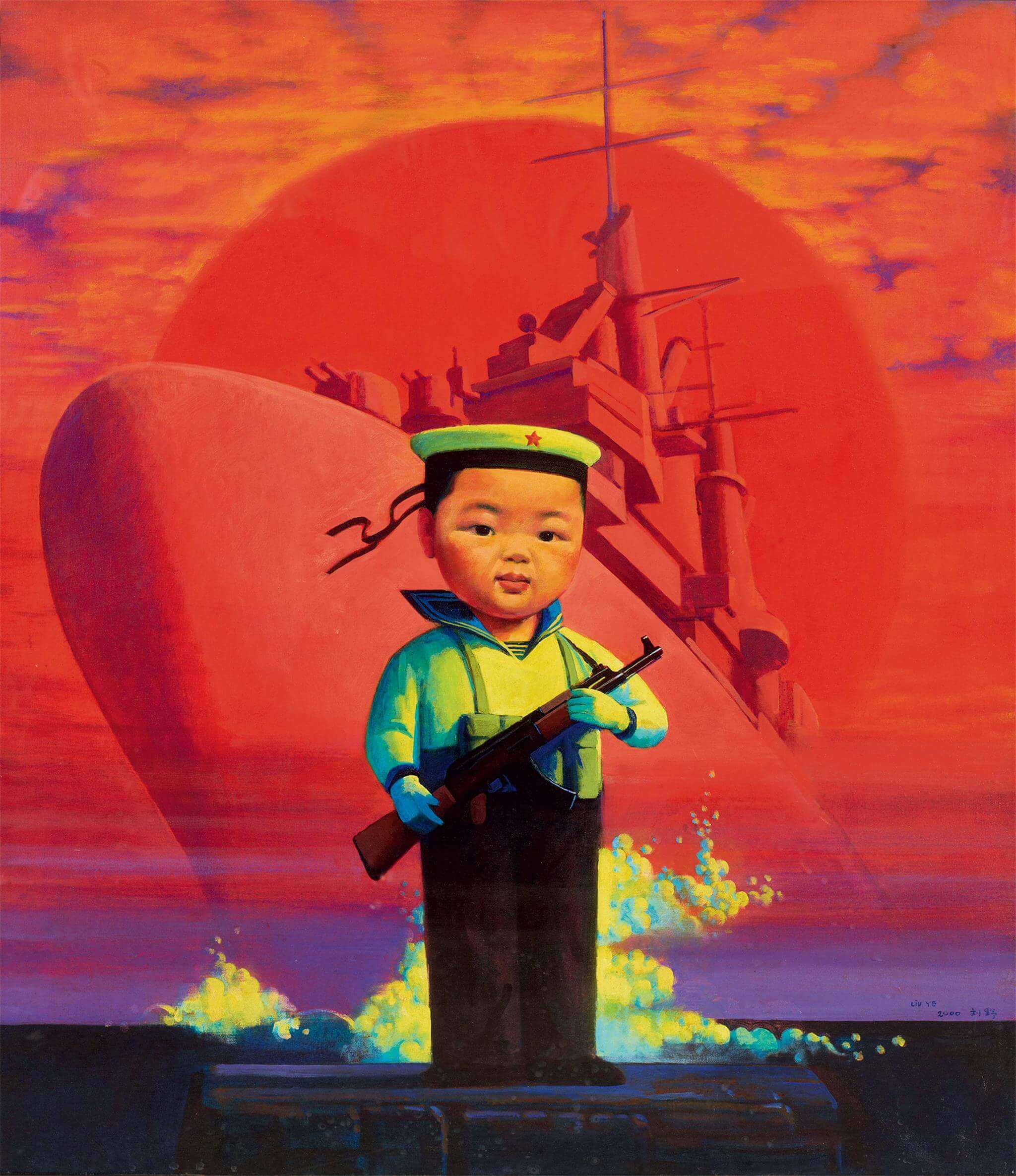 “The Little Sailor” by Liu Ye contains the artist’s most classic elements: The round faced child and powerful battleship with red background that brings a sense of mysterious romance and provoke unsettling thoughts. This work is expressing the adult’s mind from a child’s angle with the imagination of surrealism that shows an artfully combination of both East and West art. This work receives appraisal of 25 million - 35 million RMB, if sells over the highest estimate, it will enter Liu Ye’s Top10 list of most expensive works.

Featured No.3: Wu Dayu "A Nocturne" 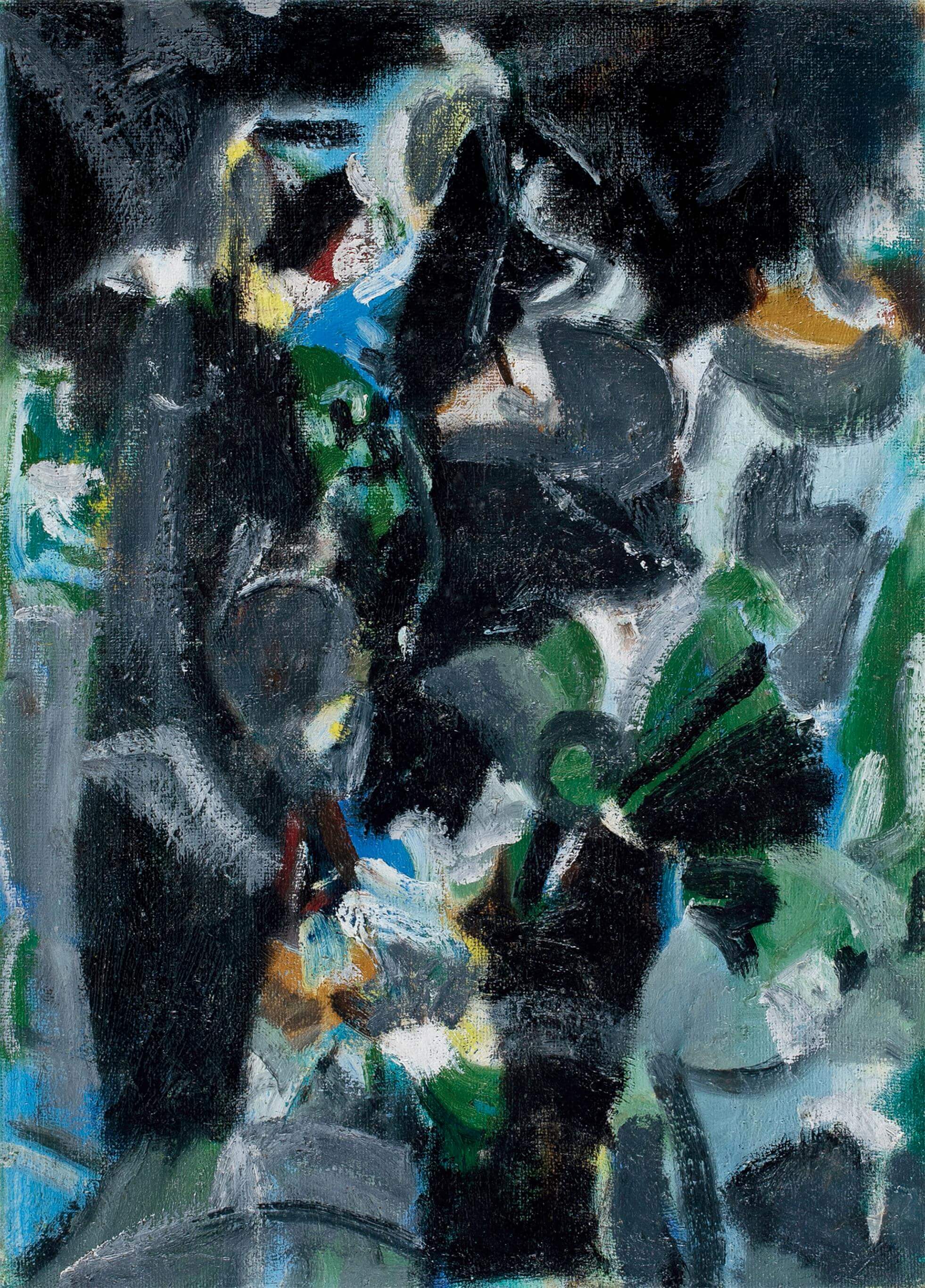 “A Nocturne” by Wu Dayu is a representative work of his abstract practice. Artist used strong colors and free brush strokes to create beautiful light and rhythmic motion. The vibrant green and blue shows the dynamic expression. It’s not “A Nocturne” first time in auction, at April 7th in 2014, it was sold at Guardian in Hong Kong with 5.75 million $HKD. This time its appraisal is 5 million -7 million RMB, we look forward to see its performance on auction.

Featured No.4: Wu Guanzhong "A Village in England" 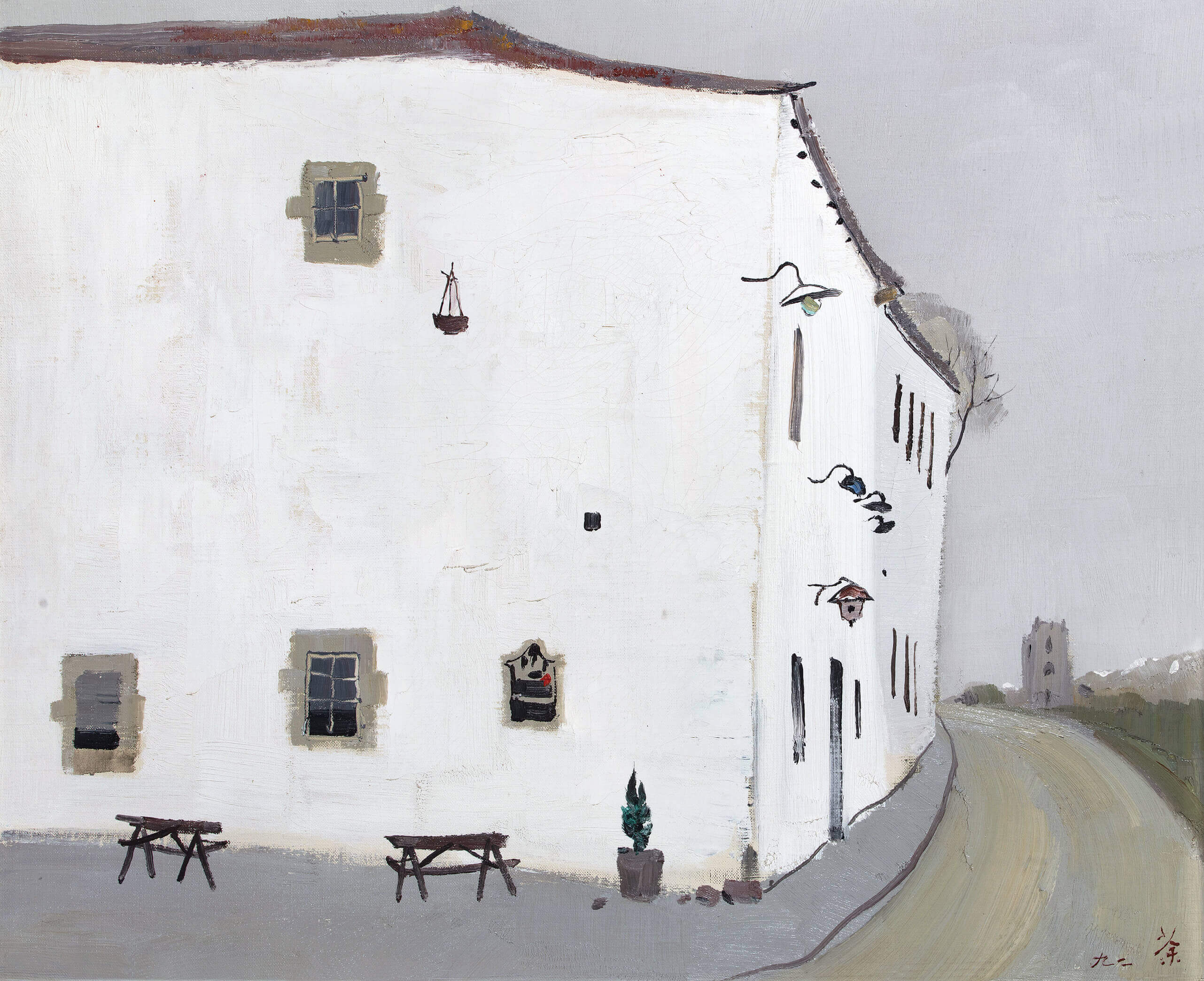 England countryside landscapes are relatively rare among Wu Guanzhong’s works. “A Village in England” received appraisal of 15 million-25 million RMB. The painting depicts the view of countryside in England, but it’s style looks like his “Jiangnan” painting series. The brush strokes are simple and smooth that shows the exquisite skill of artist. The whole work is well composed to capture the vitality and tranquility of life.

Featured No.5: Yayoi Kusama "Reach Up To The Universe, Dotted Pumpkin"

The pumpkin series is the most classic of all Kusama’s works. “Reach Up To The Universe, Dotted Pumpkin” received appraisal of 10 million - 15 million RMB. This work is very special and creative, the hollowed pumpkin sculpture is made by polished aluminum with holes one its body. The sculpture was placed in a purple background with many dots. The combination of color and space breaks the boundary of dimension, brings audience to the infinite universe. 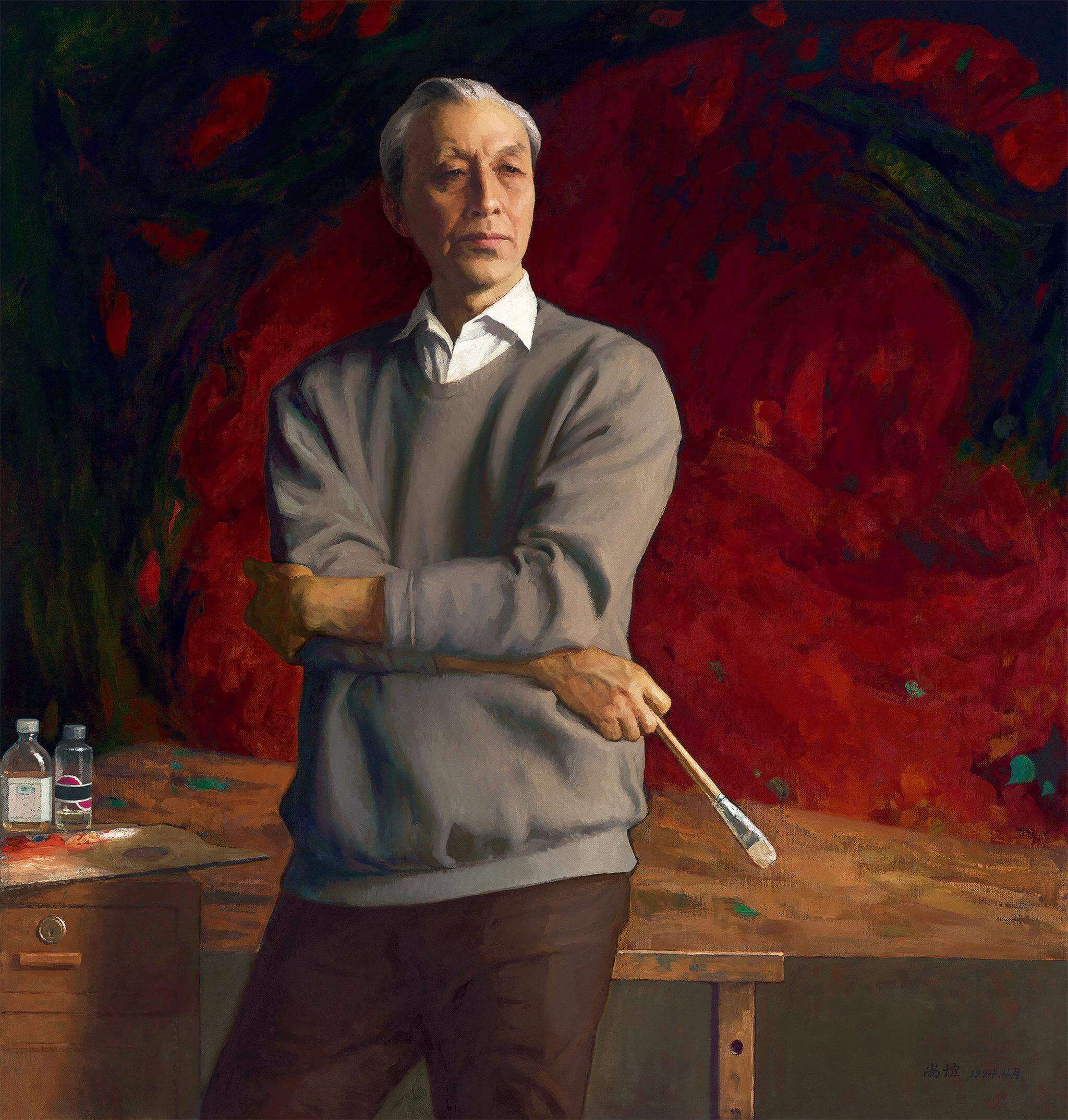 Jin Shangyi is known for his realistic depictions of portraits, his technic and style of capturing the essence of figures is reserved but also articulate. On the auction in August there will be a piece “Zhan Jianjun The Painter” about the famous contemporary painter “Zhan Jianjun. This painting received appraisal of 12 million – 18 million RMB. The work was created in the 90s when artist once again at his best. This work is combined with Western painting techniques and the essence of traditional Chinese painting that every detail is on just about right. 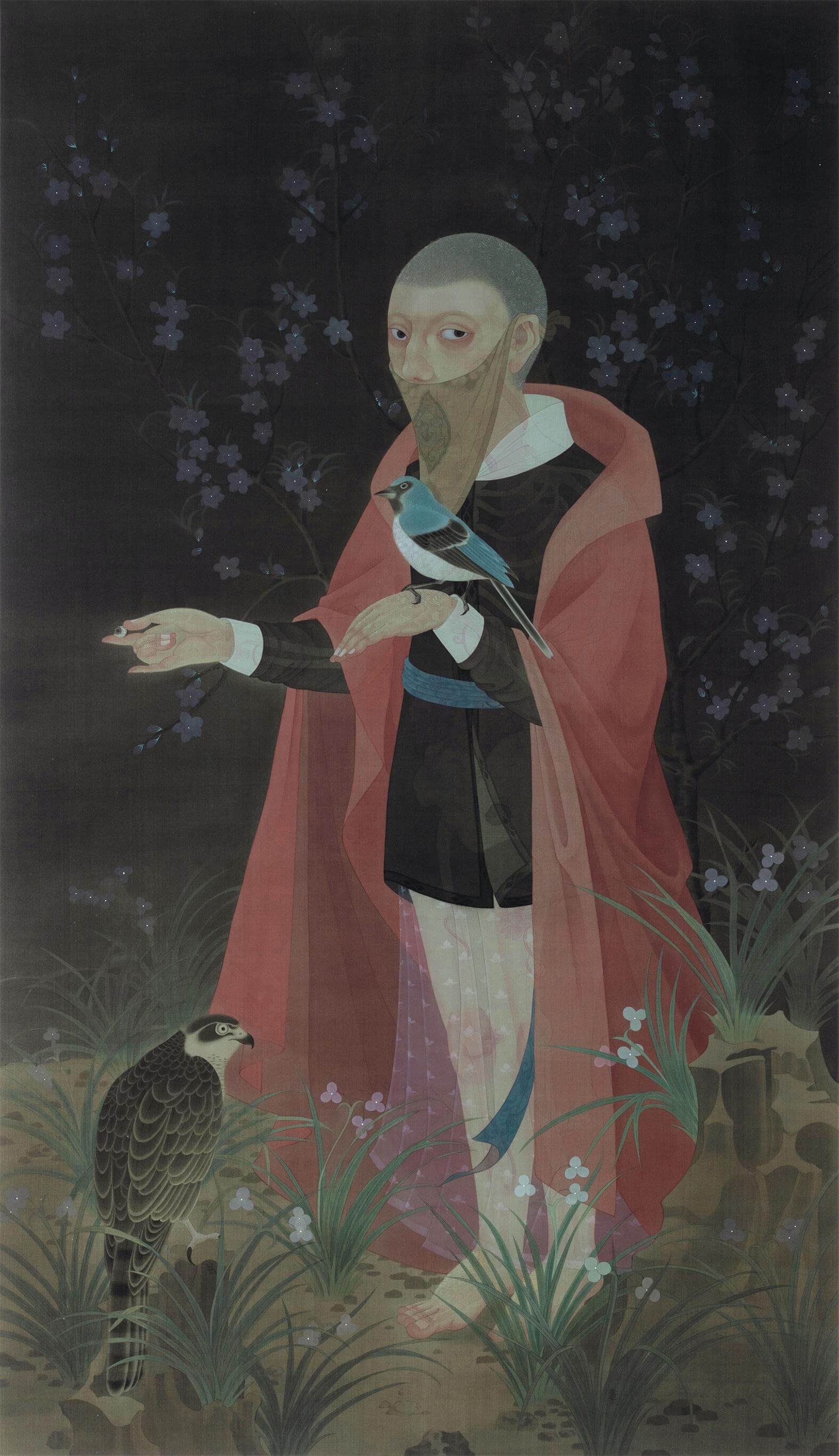 In the first half of 2020, Hao Liang had an exceptional performance, his unique artistic perspective has been approved by the art market. The work “Poison Buddha 2” sold with 16.98 million $HKD, broke his most expensive record. The work “Dim” is going to show in the following auctions, with appraisal of 5 million – 8 million RMB. This work was created in 2010, the background, figures and animals were carefully illustrated and composed. This painting style is one of its kind and the skill is well developed with a sense of antiquity.

Pan Tianshou is known for his freehand brushstrokes in scenes depicting landscapes, flowers and birds in soft, gestural works. “Vultures on Rock” represents the classic style of traditional Chinese painting, brings strong impact to the audience. This work received appraisal of 55 million – 65 million RMB, if sells over the highest estimate, it will enter the artist’s Top10 list of most expensive works.

There are exquisite art pieces in each auction, and every competition in auction is an exciting experience. There will be more classic works in August auction season. ArtPro is going to continue follow the activities of all the auction houses and bring you more information. To view more lots please click to see the auction.