The Modern Renaissance: Paris & London relay auctions were led by extraordinary works from van Gogh, Picabia, Pissarro, Gorky and Munch, showing the strength of the market for works spanning more than 500 years of art and innovation. Beginning the journey with Piero del Pollaiuolo’s Portrait of a Youth, which sold for £4.5 million, the sales built on the extraordinary success of Sotheby’s marquee auctions held over the last year, whilst delivering museum-quality works to clients across the world on a truly global stage. The action was live-streamed to the homes of audiences worldwide, giving unprecedented access to the artworks and specialist insight throughout the evening.

Kicking off the action in Paris, Aurélie Vandevoorde presided over the Art Impressionniste et Moderne evening sale, where Vincent van Gogh’s Scène de rue à Montmartre (Impasse des Deux Frères et le Moulin à Poivre) inspired spirited bidding on the phonebanks in New York, Hong Kong, London and Paris, and eventually sold to an online bidder for €13.1 million – and smashing the pre-sale estimate. The work went on public display for the very first time this week since it was painted 135 years ago in 1887. 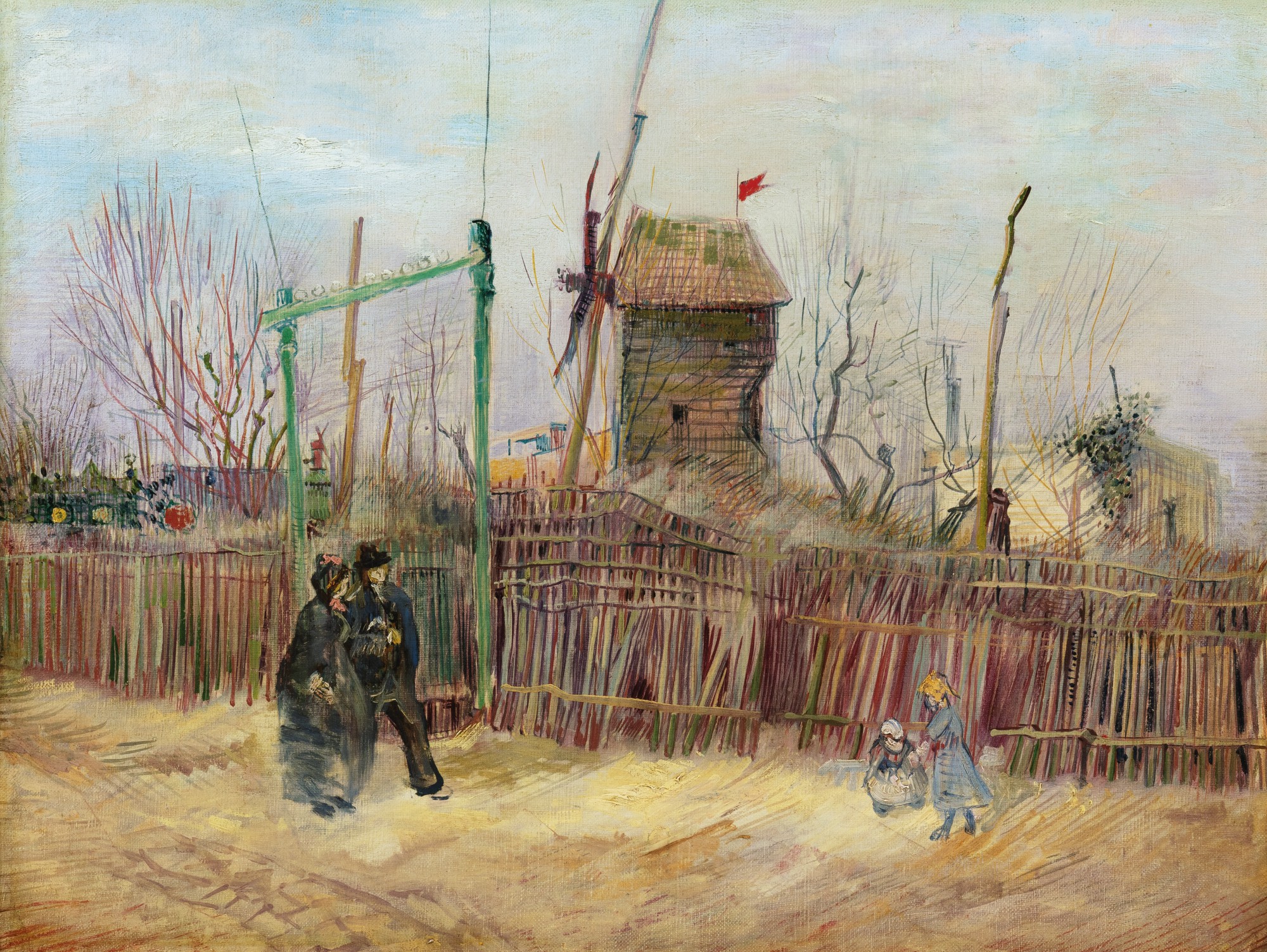 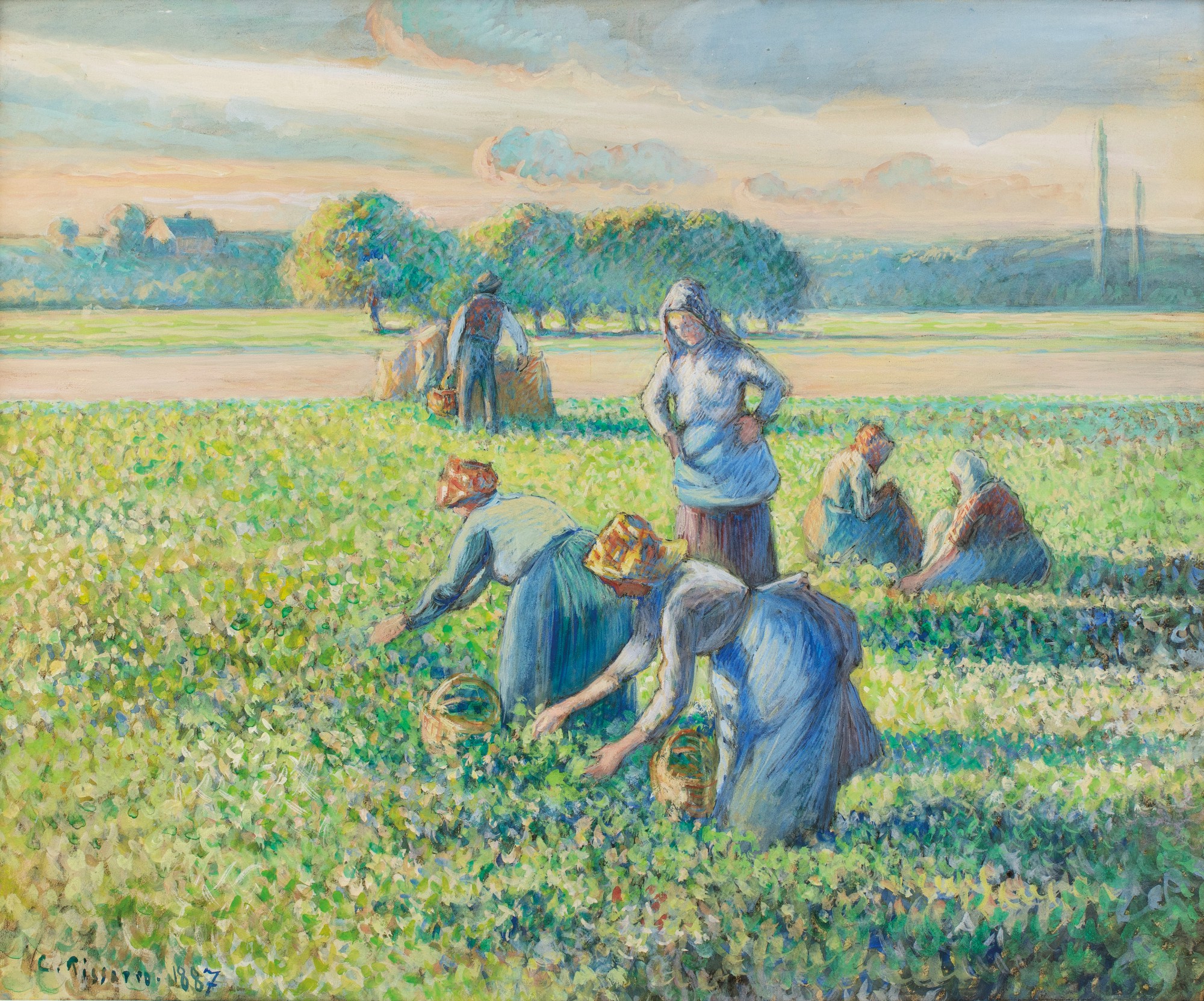 These works were joined by a mesmerizing depiction of Adam et Ève by Francis Picabia, that demonstrates the delicately layered elements from his celebrated Transparences series. This enigmatic work from 1931 went on to find a buyer for €1.9 million. Another work by Picabia, La Corrida, sold for €3.1 million after a lengthy bidding battle. The auction made a total of €37 million.

Moving seamlessly from Paris to London, Oliver Barker took to the rostrum to conduct Modern Renaissance: A Cross-Category Sale which brought together works from more than 500 years of art history. Led by two rare, museum-quality works by Edvard Munch from the prestigious Olsen collection, the paintings inspired energetic bidding across the global salerooms, with Summer Day or Embrace on the Beach rising to £16.3 million, and Self-Portrait with Palette selling for £4.3 million.

Other highlights of the evening include a rare-to-market example of Arshile Gorky’s mastery of abstraction, Garden in Sochi, a companion piece of which resides in the collection of MoMA, New York. The excitement of this piece being offered at auction for the first time since the 1970s drove competitive bidding up to £8.6 million.

An important Jean Dubuffet work from a Distinguished European Collection hammered down for £6.1 million. Created in 1946, the embracing couple seem filled with a celebratory post-war hope, and rendered in Dubuffet’s Art Brut style, La cavalière au diamant (The Dancing Partner with Diamonds) shows his enduring interest in challenging conventional standards of beauty. From the same collection, Jean Fautrier’s Corps d’otage sold for £3.1 million, against an estimate of £500,000-700,000. 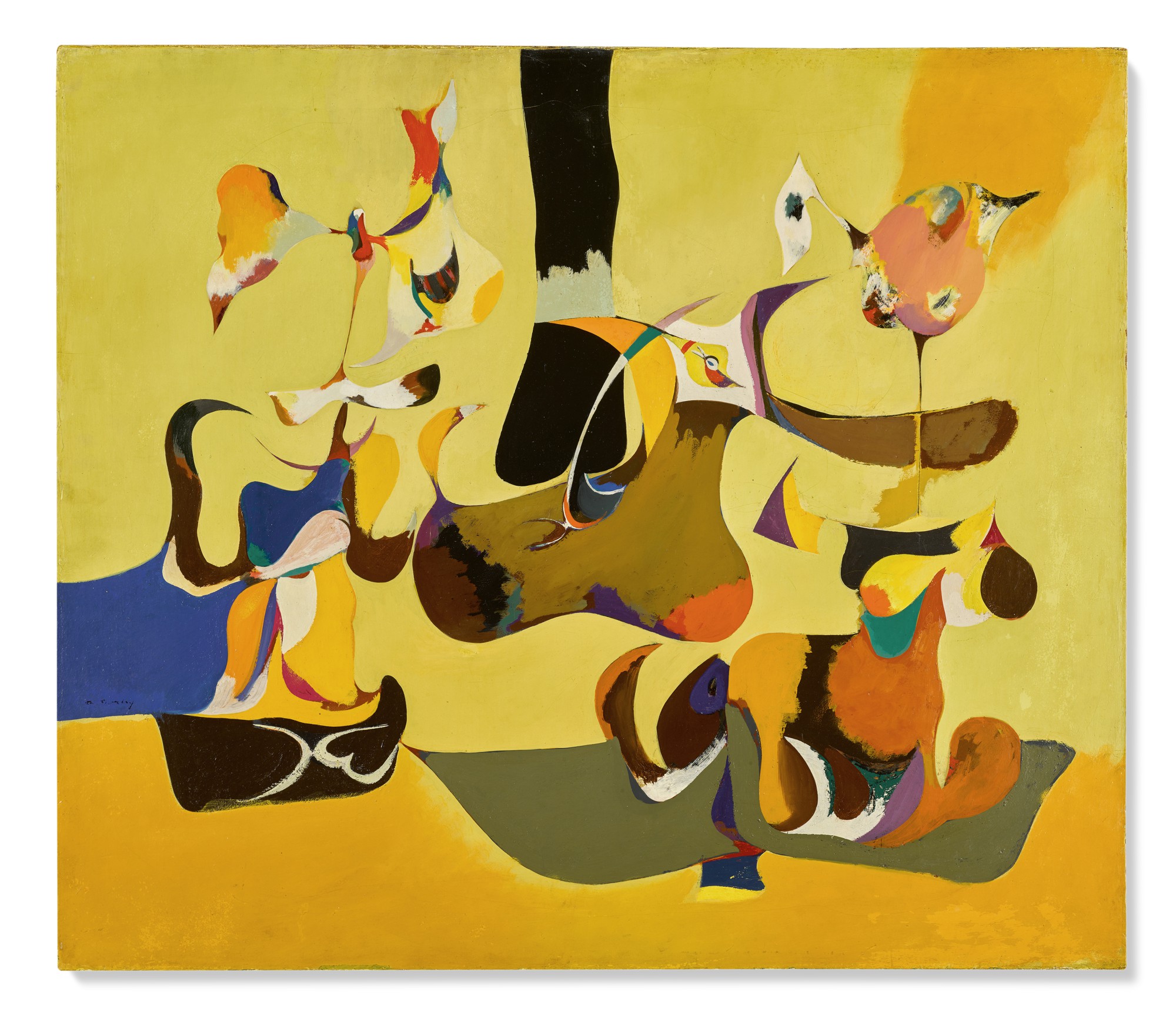 The sale included works by the foremost pioneers of 20th-century abstraction such as Wassily Kandinsky, whose Quadrat (Square) achieved £1.5 million. The vibrant canvas represents an important period in the artist’s career during which he had begun to explore visual representations of music, rendered with great dynamism and energy. Elsewhere, Pablo Picasso's Femme assise dans un fauteuil, a wartime portrait of his lover and muse Dora Maar, sold for £9.4 million.

Another notable highlight of the evening was David Hockney’s Tall Dutch Trees After Hobbema (Useful Knowledge), which achieved £ 6.7 million. Furthermore, a monumental Bahman Mohassess work, Minotauro sulla riva del mare made £1 million in its auction debut, setting a new auction record for the artist. The sale reached a total of £96.9 million. 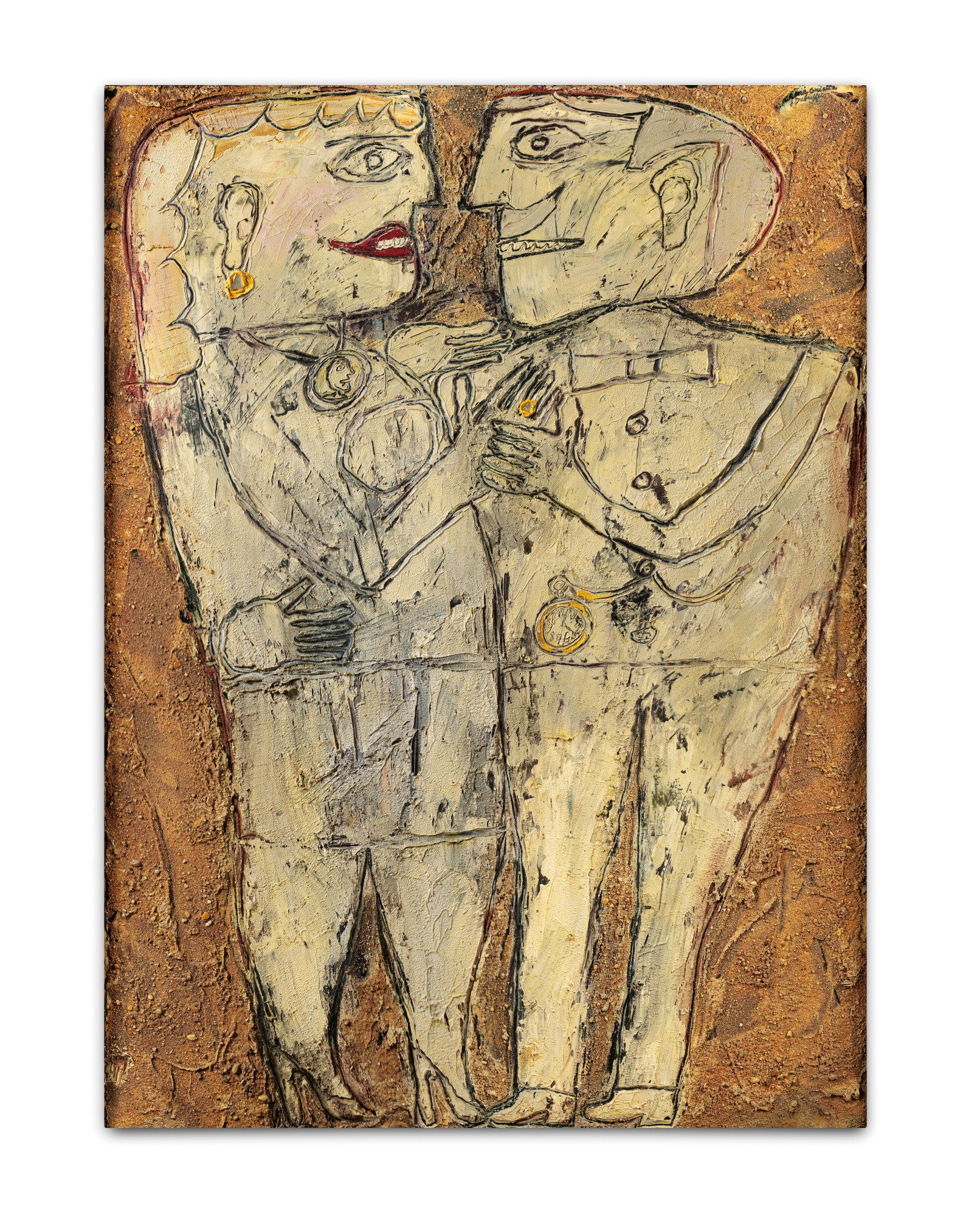 As the auction drew to a close, Oliver Barker announced the sale of Jean-Michel Basquiat’s Versus Medici, to be offered in Sotheby’s Contemporary Art Evening Auction in New York on 12 May. Never before seen at auction and estimated at $35-50 million, the work has remained in the same distinguished private collection for over thirty years. it’s among the most important works to come to sale since Basquiat’s record-breaking Untitled (Head) sold at Sotheby’s in 2017 for a record $110.5 million.

An extraordinary work executed in 1982 when Basquiat was only 22 years old, Versus Medici is among Basquiat’s most forceful visual challenges to the Western art establishment. Specifically, here, Basquiat tackles the legacy of the Medici dynasty - the great patrons of the Renaissance.